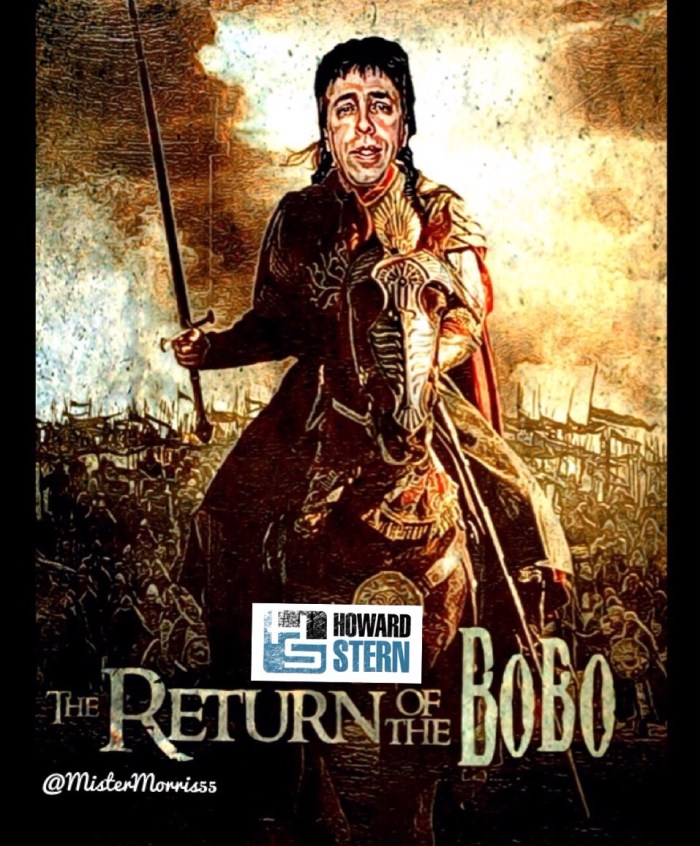 The day came for Bobo to make his not-so-triumphant return to the show, and by all accounts he returned just about the same as he left us: Underwhelming.

“I’m talking off the cuff!” Bobo kept exclaiming to the dismay of nearly everyone before bemoaning how painful it was to listen every day without being able to call in.

Though Bobo admitted that some days it hurt too much to write down questions, he did jot down 41 different queries, four of which he was “on the fence” about. Howard asked him to share just one to which Bobo responded:

“I would like to know if after the show ends each day, do you second guess yourself for not living up to your show standard?”

Howard didn’t end up answering, opting instead to hang up on Bobo and continue the show.