"You feel it in between your legs," the champion fighter said of locking up a challenger 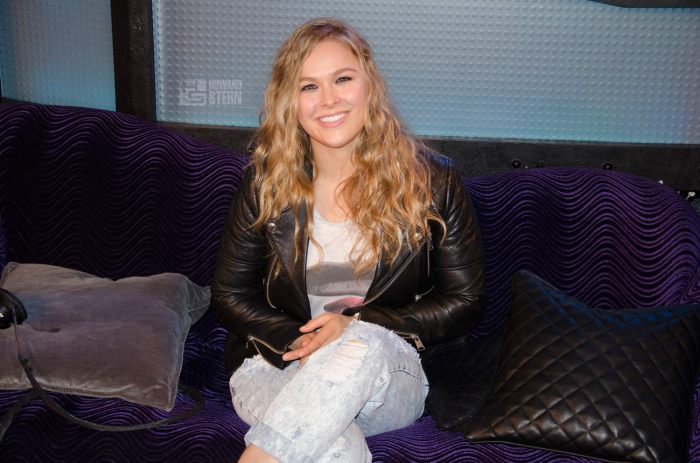 The “world’s most dominant athlete” and UFC Women’s Bantamweight Champion Ronda Rousey stopped by the Stern Show to promote her new book My Fight / Your Fight Wednesday and sat down with Howard to discuss everything from her judo-champion-Miyagi-like mother who would wake her up with surprise attacks to the first time she realized she had a pretty amazing ass (the best one she’s ever seen in fact) as well as some heated rivalries within the ranks of female mixed martial artists.

Howard kicked things off wondering why such a beautiful woman would risk damaging her face by fighting, but Rousey gamely responded that she hasn’t “gotten a single bruise from getting hit in a fight yet.” No wonder she’s champion.

Anyone who has seen her fight can attest to the slick ferocity of her signature armbars, but you may be surprised to learn that she doesn’t really like the way cranking an opponent’s arm feels. “You feel it in between your legs. It’s pretty gross. I don’t get satisfaction out of it. I don’t like it,” she told Howard.

Tracking her story backwards with stories from her book, Rousey gave insight into the incredible journey from the troubles of not speaking until she was six, to becoming a Olympian, living in poverty, and turning that around until she was both the most well paid female fighter and the most dominant one.

Take a listen for Ronda’s story in her own words: