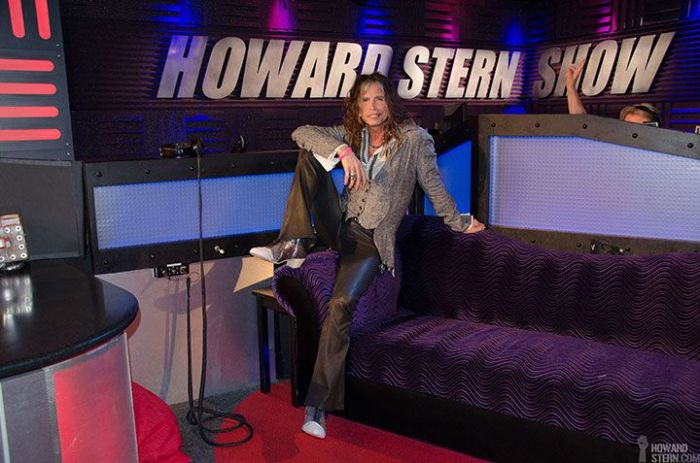 Steven Tyler has been coming on the Stern Show since the late ’80s. He’s truly become a show favorite, even closing out Howard’s 60th Birthday Bash with “Walk This Way” and a hauntingly beautiful rendition of “Dream On.” Throughout the years, Steven has blown away Stern fans with brutally honest tales of his rock star life, which is riddled with sex, drugs, and everything else that makes him one of the coolest motherfuckers on the planet.

As the show prepares for another studio visit from the Aerosmith frontman on Monday, here are some of the most compelling moments Steven has gifted us throughout the years.

Drugs Got Him Through the 1970s

It’s no secret that Steven was on another level when it came to partying during the heyday of Aerosmith. His addiction eventually caused him to lose his kids, his wife, and his band before emerging out the other side, clean and sober. But it might come as a shock to learn that during a 2013 visit to the Stern Show, Tyler gives credit to cocaine – of all things – for the band’s early success.

“Yes, it got us through the ’70s,” Steven said. “If it wasn’t for ‘Peruvian marching powder,’ we wouldn’t have been able to do what we did.”

“And you think drugs got you through that?” Howard asked.

“I know it did,” Tyler fired back.

Fortunately, Steven and his bandmates eventually all got clean and have continued to crank out hits for over four decades without the use of the Robin’s favorite Clapton song – “Cocaine.”

He Lost His Virginity to a Hooker When He Was 15

In 1997, Steven Tyler came in with Aerosmith lead guitarist Joe Perry to promote their autobiography “Walk This Way.” The book dishes a lot about the lives of all the respective band members, but Steven’s childhood might be wildest. The Rock and Roll Hall of Famer told Howard how he lost his virginity in a grandiose fashion and at a very young age.

“So the first sexual experience was at 15,” Howard asked Steven, “You and five guys go to a hooker…and you were fourth in line?”

Joe Perry, who was also in-studio that day, was shocked by this discovery, proclaiming that he was amazed to learn something new about Tyler after spending so many years together.

“So you say it was 35 bucks for five guys?” Howard asked.

“This could not have been a good looking woman,” Howard stated.

Howard wanted to know if the guy who went first paid more but Steven didn’t remember. He added that it was such a horrible experience, he immediately washed his penis afterwards in the prostitute’s kitchen sink, which almost got him beat up since the hooker’s roommates were cooking chicken in that very same area.

In a somewhat throwaway line, Steven Tyler added that the song “Dude (Looks Like a Lady)” was inspired by another hooker there that night who, although looked the part, was actually a man. Inspiration comes from the strangest places.

In January of 2011, Steven Tyler was a surprise guest along with his then-girlfriend, Erin Brady. Tyler was there to promote his upcoming gig as an “American Idol” judge, but thanks to his open and apparently really fun partner, we learned something much more interesting.

“I called the promoter and said, ‘Hey, I need a girl backstage,'” Erin told Howard. “‘Make sure she takes a shower and meets me there at 9:15.'” 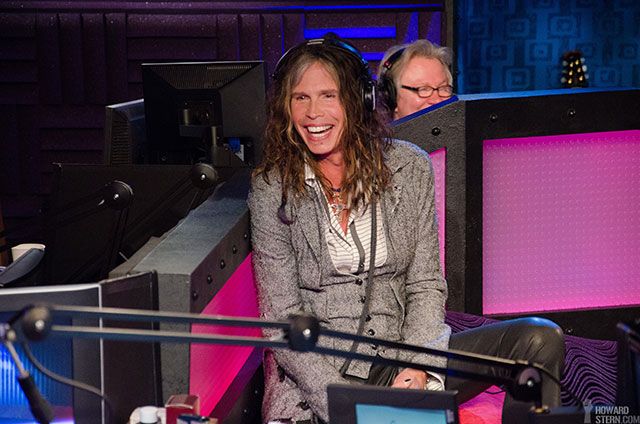 “I took it because I was pissed off at the band,” Steven told Howard in 2013. “I fell off the stage and nobody called me. I was also on drugs, so I held the grudge.”

Howard asked, “Were you afraid that you would never walk again?”

“I was afraid that I could never be in Aerosmith again,” Steven replied. “Howard, I was depressed, crying, I couldn’t walk.”

“Why didn’t you call me?” Howard asked. “I would’ve helped you out. I would’ve talked to you at least and been a friend. I guess you don’t think of me like that.”

Steven perked up and said, “Give me your number. I’ll call you.”

He Used to Trap Raccoons With a Tarp and Some Sardines

In their autobiography Steven revealed that when he was 16 years old he had trapped and killed animals. “Steven you grew up in Yonkers, and you used to kill small animals?” Howard asked.

“Most serial killers will kill small animals,” Howard said, before Robin added, “That’s how they start off.”

“That’s rats in the blender, this is like raccoons in the backyard,” Steven replied.

Steven went on to nonchalantly say how he would use sardines to lure the rodents into the trap before killing them with a large stick or a .22 caliber rifle. Amazed at this, Howard asked, “You just beat ’em to death?”

“Yeah, you just smack it over the head,” Steven said. Tyler added that he eventually felt horrible about killing the animal and ended up rescuing and raising a pet baby raccoon.

“This is fascinating, Howard said. “You must’ve been one of the most interesting kids around.”

“I’m telling you, I grew up country and that was the thing to do,” Steven said.