The Wack Packer tells Howard about his exciting new venture 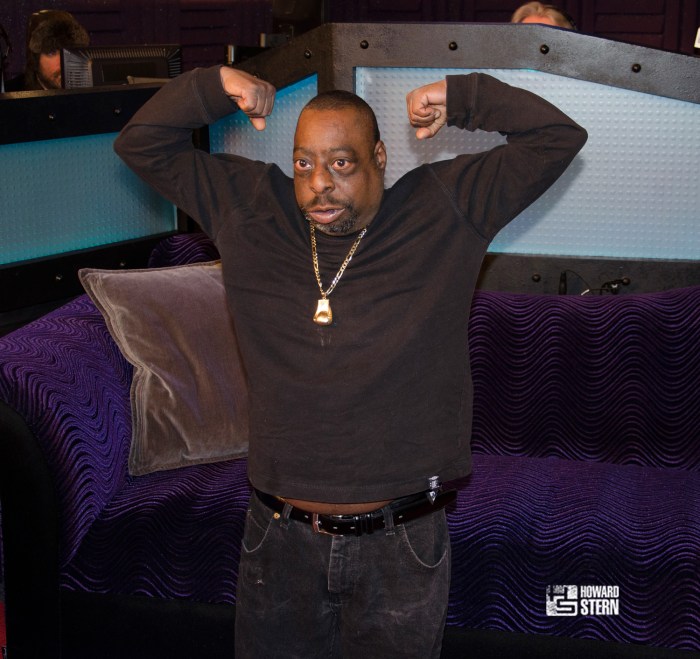 Arguably the greatest Wack Packer to ever live, the one and only Beetlejuice, stopped by this morning after traveling up from his home in Georgia.

“I’m doing pretty good,” he told Howard as the two caught up.

Beet has a new business called Beetle’s Juice which features a line of 100-percent organic e-juice for vape pens. Flavors include Beet’s Money (Cotton Candy), Beet’s Pimp Juice (Root Beer), and Beet’s Who Me? (Peach Custard). Visit their website for more details and info on how to buy some for yourself.

Beet told Howard he started smoking around the age of 6 or 13, but now with his vape pen, has given up cigarettes for good.

Bobby, Beet’s manager, was in the studio this morning as well and explained that he helped structure the deal, but it’s mostly Beet’s business. 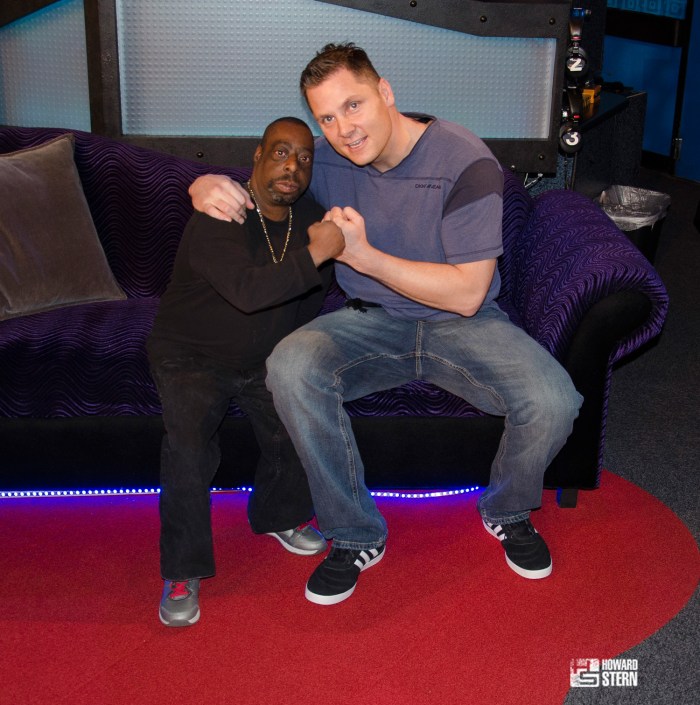 Gary asked about a story he heard where Beet disappeared for a few hours from home and returned with a giant fish, a bag of ice, and a shit in his pants.

Beetlejuice was incensed. “You must have the wrong fucking guy,” he shot back.

Howard and Beet also talked about everything from his musical tastes (“old school”) to his thoughts about the police, his age (“around 60” according to him, “48 in June” according to Bobby), and the slew of fallen Wack Packers.

“I wish you 100 more years of life … Please take care of yourself,” Howard told Beetle.

Tan Mom Is Quitting the Show