Highlights from Wednesday's Stern Show chat with Iron Man himself 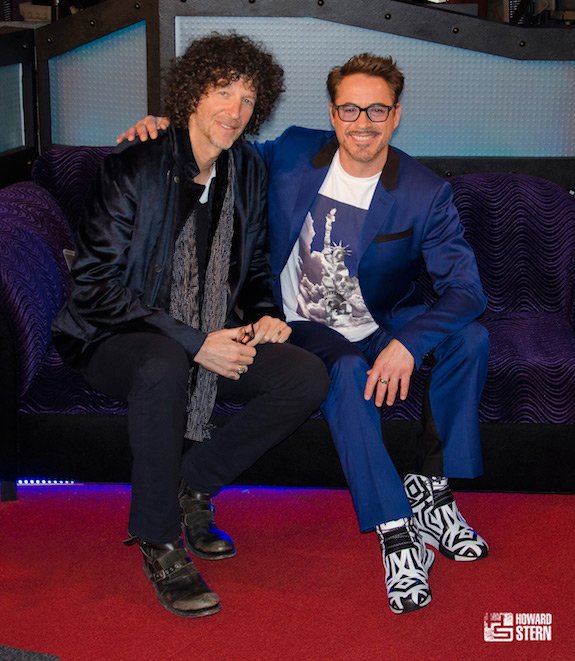 Whenever Iron Man stops by the Stern Show, it’s an epic experience. Robert Downey Jr. returned to the studio on Wednesday to promote his upcoming film, “Captain America: Civil War,” opening Thursday, and delivered a candid, honest, and fascinating interview.

Check out some highlights from Robert’s chat with Howard below. 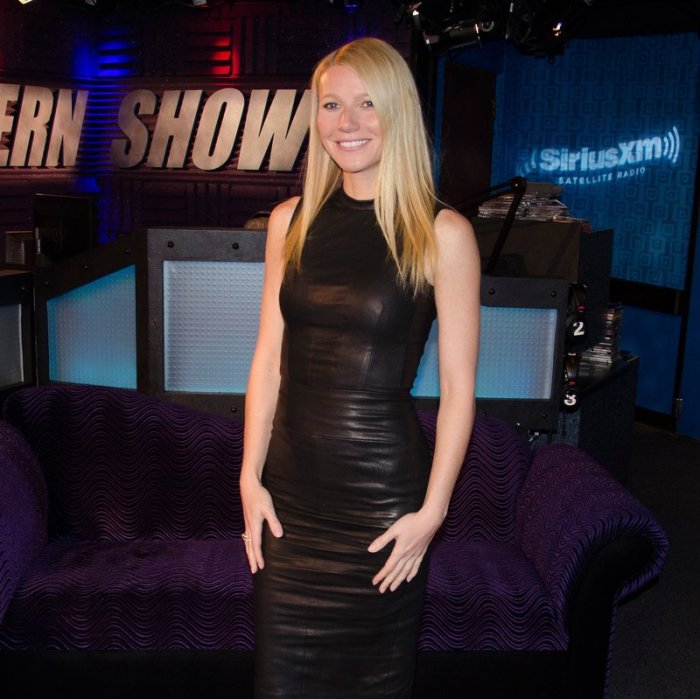 Gwyneth’s character is rumored to be in “Captain America: Civil War,” but her fate in the Marvel Cinematic Universe after this next film is still unclear. Well, it was until Robert opened up to Howard.

He didn’t reveal which movie she might be coming back for, and the conversation drifted toward whether RDJ playing the playboy Tony Stark ever bothered his real life wife, Susan.

According to Robert, however, it’s quite the opposite. In fact, Gwyneth is actually his “free pass.”

“I’m very happily married … but I guess I could dream a bit,” Robert told Howard. “My ‘free pass’ is, because her and Susan are such good friends, is Paltrow.”

“I gotta get her back in these movies, so I can make out with her on screen again,” Robert added.

Howard marveled at the idea of Robert’s wife being unfazed by his and Gwyneth’s onscreen connection.

“[Susan] could care less,” Robert explained, so long as any chemistry between them happened while the two of them were “rolling on the take.”

Becoming (and Living As) Iron Man

With “Captain America: Civil War” about to hit theaters, Howard naturally asked Robert if being Iron Man is his whole life now. “No, I’ve got other stuff going on,” he replied. “The bigger the casts get, the easier it gets for me because I’m not carrying [the film].”

About that bigger cast, Robert told Howard about Iron Man’s “Civil War” team. “I recruit Spider-Man. I have Vision, as I created him,” Robert explained. “Obviously War Machine, and … I wouldn’t say that he’s on a team, but Black Panther is, if you look at the poster, he’s on my side.”

Additionally, the film contains Paul Rudd’s Ant-Man and Scarlett Johansson’s Black Widow, among others. Does it get complicated balancing all the characters?

Howard asked Robert how he’d feel if Marvel ever replaced him as Tony Stark, since he essentially jumpstarted the Marvel Cinematic Universe with his first “Iron Man” film.

“If you asked me [in 2008] how I felt about it, I would say that I was the atlas of the Marvel universe; I was holding it up.” Robert said. “They should erect a shrine in my honor, blah, blah, blah, whatever. I really just got to be the frontman in a band that was going to be in the Hall of Fame no matter what,” he continued.

Of course, becoming Iron Man began an unprecedented career resurgence for Robert, who is now the highest paid actor in Hollywood. However, Robert admitted that his initial audition required the right attitude.

“I’m portraying someone who’s a very, kind of broken guy, but his facade is that he’s confident,” Robert explained. “I was just thinking, ‘This is me, and I am in this situation.’ … I was driving a beat-up, used old car there, and I had the nicest suit I had to put on, but if you asked me how it arrived, I would’ve said in a convoy of Rolls Royces.”

“It was his birthday and rather than having a party, he wanted to do a fundraiser for, I think, the Beacon,” Robert explained. “So he got a bunch of people together, and he knows that I can sing, but he needed to rehearse me. A lot.”

Howard wondered how Sting even know Robert could sing.

“When I was in my mid-20s … I decided I was one of the great songwriters of all time,” Robert recounted. “I had this trippy little cassette tape of my demos, which were just not good.”

Robert recalled how he went to one of Sting’s shows and and “accosted him” in the stairwell. “I started trying to put my cassette tape in his hand, and he did what I do to people now: He makes sure that’s all that’s in [my] hand,” Robert laughed.

Luckily, Sting’s wife, Trudie Styler, recognized him. “[Trudie] totally handled me, and made up for the fact that [Sting] kind of looked at me like, ‘Don’t hand me things,'” Robert remembered.

As fate would have it, 25 years later Trudie told Robert that she had actually found the cassette and asked him if he wanted it back. He quickly took it back, hoping they had never listened to it — though he told Howard he wasn’t sure whether they had or not.

Howard also asked if Robert’s 2004 album “The Futurist” was his serious attempt at a singing career. “I gave it some thought,” Robert said. “Also, I had free time because I wasn’t all that sought after [during those years.]”

After working on the film “1969,” Robert and actor Kiefer Sutherland lived together for some time. Surely, one would assume these two wild-men cohabiting would result in some legendary escapades. However, Robert painted a different picture on Wednesday.

“I would say, for Kiefer and I, we were always in a long-term, committed relationship, and he is, and remains, a very disciplined guy, despite whatever habits either of us had,” Robert said.

During this period, Robert was dating Sarah Jessica Parker, and when their relationship had some ups and downs, Kiefer became Sarah’s shoulder to cry on.

“It’s more that thing where you’re all close friends, and he was trying to console her a bit.” Robert told Howard, before shutting down the idea that it would interfere with he and Kiefer’s friendship. “Better him than some stranger,” he said, before reiterating that there was never anything romantic between Kiefer and Sarah.

“[Sarah and I] actually had a very conservative relationship considering the fact that she was normal, and I was out of my mind,” Robert said. “I did the best I could.”

The Worst Season of “SNL”

Howard asked Robert about his one season on “Saturday Night Live” and the actor was extremely frank about the experience.

“Nobody would disagree that 1985 was the worst season in the history of ‘Saturday Night Live,'” Robert acknowledged.

However, the quality did not deter Robert’s memories of working on the iconic show. “I was on that show with Anthony Michael Hall. We had [Dan] Aykroyd and [John] Belushi’s old offices,” Robert told Howard. “We put in bunk beds with NFL sheets, and I was shooting ‘Back to School’ simultaneously for part of it. I remember it fondly.”

“I look back on it as it was great training,” Robert added. “I adore Lorne Michaels and you can’t underestimate the contribution he’s made to our culture and all of the talent that’s come out of there, and the fact that it’s still going on and still relevant, to me, is amazing.”

Though Robert was not at last year’s “SNL 40” celebration due to a scheduling conflict, he was invited and said he would have loved to attend. “I’d love to go back and host the show sometime, it’s just a lot,” Robert admitted. “It is probably the most exciting week you can have on Earth.”

Howard expressed apprehension at the idea of hosting “SNL,” but Robert assured him it’s an experience like no other.

“They make it work for you, and if you luck into a week where they happen to have great sketches that you’re a part of or not part of, there’s a great musical guest, and there’s a good flow to the week, and in the writers room and all this stuff,” Robert said.

“You come in and Tuesday you have ideas, Wednesday you do a read-through, Thursday you’re in these techs and then you do the show twice on Saturday. You do a dress rehearsal and then you make amendments,” he explained.

Robert revealed doing “SNL” isn’t “dissimilar” from doing the Stern Show, too. “This show has such legacy, and all of a sudden, you’re walking out there,” he said.

Why He Canned His Book Deal

The saga of Robert’s life and career could fill several tomes, so Howard wondered if Robert was ever going to write a book.

“I started writing one once, and then I gave them back their advance,” Robert revealed.

He explained: “I knew that it would be every interview I did for the rest of my life would be like: ‘On page 17, these are your words…,” Robert joked with a fake Australian interviewer’s voice.