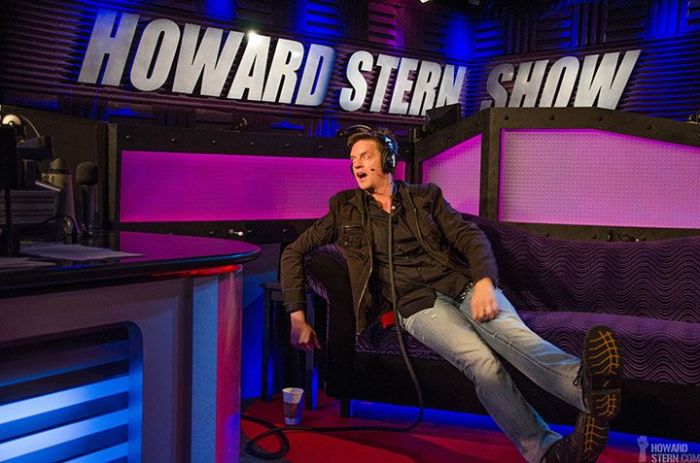 The “Saturday Night Live” veteran has visited the studio too many times to count and fans of the show love him because he tells better stories than just about anyone else in showbiz.

Here are just a few of our past favorites:

Tracy Morgan Really Is From the Ghetto 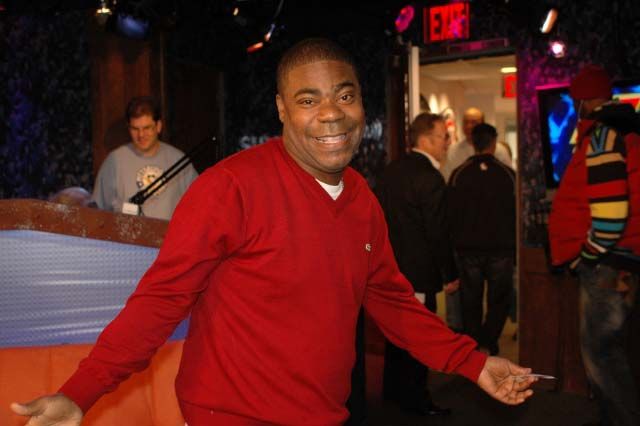 When Jim stopped by the studio back in 2009, he told Howard about the friendship he had with comedian Tracy Morgan, which actually predated their time on “SNL.” The two of them became friends while performing in a Harlem-based show called “The Uptown Comedy Club,” which Jim described as “a poor man’s ‘In Living Color.'”

Back then, Jim said Tracy wasn’t shy about talking about his less than extravagant upbringing: “Tracy would always say, ‘Yo Jim, you know I’m from the ghetto, like I’m really from the ghetto,'” he explained.

But Tracy’s past didn’t truly sink in for Jim until the the two of them were going to a Mets game and they ran into a bunch of “hard, thug-looking scalpers” outside of Shea Stadium. Jim recalled feeling uneasy outside as the scalpers approached, but they looked at Tracy and asked, “Is that T-dog? Is that T-dog?!”

Tracy was a “Saturday Night Live” star at the time, but the scalpers didn’t know him from TV. They recognized him from the streets.

“No, I ain’t no scalper, I ain’t selling no crack no more. I’m on television with my man Jim here,” Jim recalled Tracy saying to his old pals before turning back to him and saying, “I told you I used to sell crack. I got kids to support.”

Courtney Love Has Not Left the Building 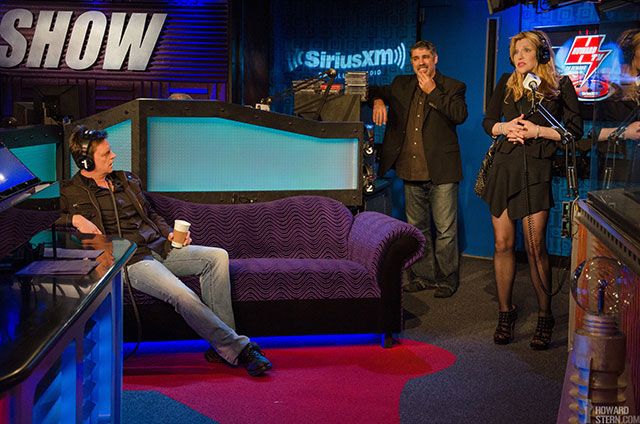 Courtney Love – who had been on the hour previous to Jim – came in during his interview to discuss the time Molly Shannon played her on SNL. We ended up learning an interesting SNL story. Courtney had always been mad that Jane’s Addiction was only allowed to do one song when they appeared on SNL (as opposed to the usual two songs). Jim revealed that actually, the band got so drunk in between songs they weren’t able to perform their 2nd song. Photo: The Howard Stern Show

In 2013, Jim came by to promote his special “And Laughter for All,” just minutes after Hole frontwoman and Golden Globe-winning actress Courtney Love had sat down with the King of All Media.

During his first few minutes with Howard, Jim hinted at a funny story involving Courtney but was fearful of sharing it while she was just down the hall. But after some prodding — and a guarantee from Gary that Courtney was no longer in the building — Jim told the story, which involved his “SNL” co-star Molly Shannon, who he said did “the funniest Courtney Love you ever saw in your life.”

Jim recalled Molly’s “Courtney Love Show” sketch, explaining that “she’d come out and fall on the floor or she’d do the interview and start falling asleep. I would laugh so hard.” He said the impression pissed Courtney off.

It was then that Gary busted back in to the studio to announce, “She got back in,” insinuating that Courtney was listening to everything.

That didn’t deter Jim, who continued to tell Howard that Courtney was slated to come to a “SNL” taping in the mid-90s and everyone wondered if she would be angry at Molly for the over-the-top mood-swing enraged imitation she had done a few times on-air. As Jim remembers things, Courtney was not a fan of the sketch.

It wasn’t long before Courtney re-entered the Stern Show studio to clear the air.

Jim and Courtney exchanged a few awkward hellos before Jim asked her if she remembered visiting the “SNL” set back when he was on the show. “This is when Molly was doing me?” Courtney asked. Jim said yes, to which she replied, “I liked her doing me.”

“[Molly and I] had lunch and then she did me way better,” she continued.

Howard chimed in and told her that Jim thought she went berserk on Molly Shannon for that impression.

“No, I went berserk on ‘SNL’ once on Lorne [Michaels] and Marci [Klein] because they only let Jane’s Addiction play one song, and I threw a bottle at them,” Courtney calmly replied causing the room to burst out laughing.

Turns out Jim was there for that, too. He claimed the band was allegedly “too wasted” to perform a second song.

One lesson was learned that day: Don’t trust Gary when he says a guest has left the building.

During another visit, Jim told Howard about running into fellow-“SNL” alum Adam Sandler while attending an Aspen, Colo. festival.

Jim told Howard he was careful to not “fawn over” the mega-star, like most comedians and actors probably do when they meet him, which may have scored him some points. Breuer explained: “[Sandler] turns to me and goes, ‘Listen, um, I’m in Room 242, come there later. Come to the room.’ And I went, ‘okay.'”

After their conversation, Jim said he got very stoned and went snowmobiling with his buddies, leading to him crashing into a tree. When Jim returned to the hotel later that afternoon he had a major problem: “I couldn’t remember the [room] number.”

He said he tried finding Adam’s room later that night, but it wasn’t to be. “I was walking up and down floors listening for the room,” Jim told Howard. “Oh, it was a nightmare.”

Jim also said he wasn’t sure whether his “SNL” colleague was offended. “Does he think I blew him off? Does he look at it like, ‘I gave this guy an opportunity and he went and just blew it?” Jim asked Howard.

Howard and Robin both agreed that Jim should call Adam up. Howard suggested he own up to smoking too much marijuana and accidentally blowing off his fellow comedian, while Robin encouraged him to call Adam up from the Stern Show studio and ask, “What was your room number again?”

Jim Breuer and the Loud & Rowdy’s debut album “Songs from the Garage,” featuring guest vocals from AC/DC’s Brian Johnson, is available now. Listen to its first single, “Be a Dick 2nite,” below.

Tune in to the Stern Show on Tuesday to hear more from Jim Breuer.