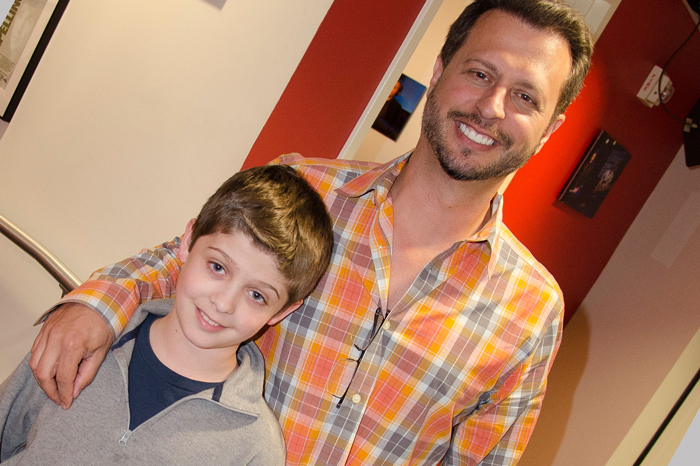 Sal Governale’s son Aaron was in the studio this morning to compete against Ronnie Mund in a spelling bee, but while he was there, Howard also wondered what Aaron might be able to reveal about his father.

Howard was incredibly impressed with Aaron’s poise and said he would have the kid over to his house any day … just so long as his father didn’t come with him. Aaron explained that his mom handled most of the discipline in their household, as all of the kids typically just laugh when Sal gets angry.

But Aaron did praise his father’s work ethic: “He does work really hard, though.”

Getting into more personal territory, while Aaron said he couldn’t remember meeting Richard Christy before today, he has been seeing a lot of Larry Caputo lately. In fact, he said his father at times seems to be in a gay relationship with the Long Island Medium’s husband, as the two trade suggestions of snuggling while watching movies.

“I swear to god this kid is lying!” Sal pleaded, to no avail.

Would Aaron be shocked if Sal ran away with Larry? “I wouldn’t be surprised,” he told Howard.

Aaron also revealed that his dad is a fast food kleptomaniac, frequently raiding their local McDonald’s for packages of straws and condiments.