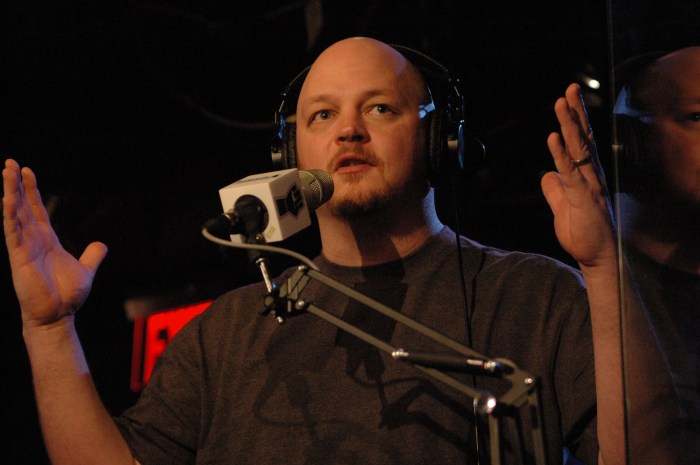 Howard told listeners that he recently learned Stern Show staffer Brent Hatley actually has aspirations of being a sportscaster after he joined Shuli Egar at an NYCFC soccer match at Yankee Stadium.

As Shuli recounted, he heard some play-by-play coming from Brent’s direction during the final 15 minutes or so of the game and when he looked, realized Brent was speaking into his phone.

“Is he describing the game to a blind friend?” Shuli recalled thinking to himself.

Brent’s fiancée was there was well but was unfazed by his muttering. “Oh he does that from time to time,” she said.

Brent added that he’s not embarrassed at all and verbalizes his game analysis as if he were on a real microphone in a real broadcast … while simply speaking into his cell phone.

Brent said that he talks to himself and conducts “all kinds of artistic exercises,” but couldn’t care less that people think he’s crazy.

Howard joked that maybe the Homeless Lady (of “La Cunte Caldo” fame) was just doing play-by-play on the streets as well.