O.A.R. Dedicates a Song to Bobo

Memet Walker’s Instagram Is Turning Him Into a Gay Icon

Richard Christy, Sal Governale, and Benjy Bronk sign on for a new contest 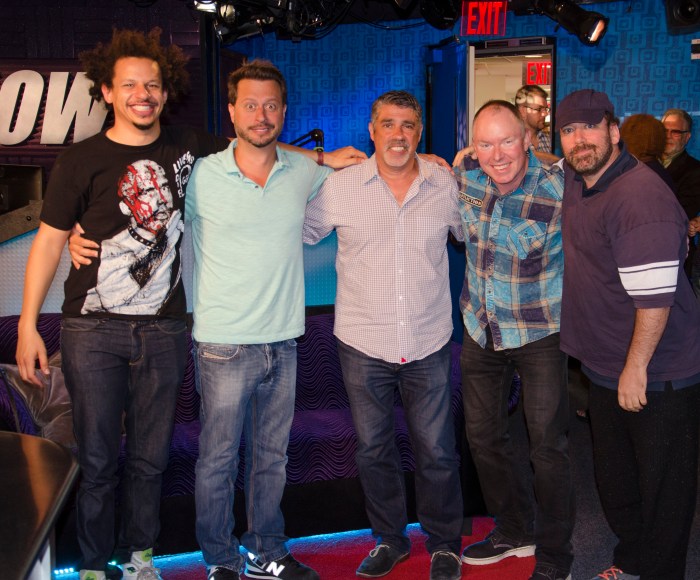 Eric André’s wild antics have made him one of the most unpredictable and hilarious entertainers in the business. Fans will remember that during his last appearance, Eric stripped down and rode the Sybian in what turned into an unforgettable Stern Show moment — but that will pale in comparison to what Eric planned for his latest visit.

Howard announced Tuesday morning that in celebration of the fourth season of “The Eric Andre Show,” Eric would be debuting a new bit he created called Prostate Karaoke where he would visit Dr. Harry Fisch’s office and sing karaoke while a medical professional inserts a probe into his butt. “Eric André’s a genius, you know?” Howard added with a laugh.

Eric chose Seal’s “Kiss from a Rose” for his song, but he also didn’t want to go it alone, so he recruited Richard Christy ahead of time to do it with him. Richard told Howard that he would be singing “Unchained Melody.”

In fact, Richard revealed that he was even open to having the good doctor “milk” his prostate (after first getting his wife’s blessing).

With Richard onboard, Howard wondered why Sal Governale wasn’t participating in the segment as well and it didn’t take much pressure to convince him to join them.

One Stern Show staffer who was not game for Prostate Karaoke was Ronnie “the Limo Driver” Mund, who told Howard that he had recently had a finger up his ass and would not be partaking again. In fact, due to “fluctuating [PSA] levels,” Ronnie was subjected to a prostate biopsy and described the procedure and its after effects in painful detail. Scott the Engineer came into the studio to corroborate Ronnie’s description of the procedure as he too had had his prostate biopsied.

Later in the morning, one final staffer who had unique experience for the task was brought onboard for Prostate Karaoke: Benjy Bronk!

Before getting to the main event, Eric and Howard discussed some of the wild stunts he’s done in the past (often times even causing bodily harm to himself for the benefit of the bit). From destroying his back in an interview with Vivica A. Fox to making Lauren Conrad storm out of an interview, Eric has taken his “talk show” to the extremes. Catch some of his most memorable interviews here and be sure to tune in to Adult Swim at midnight on Friday nights to catch the latest season of “The Eric Andre Show.”