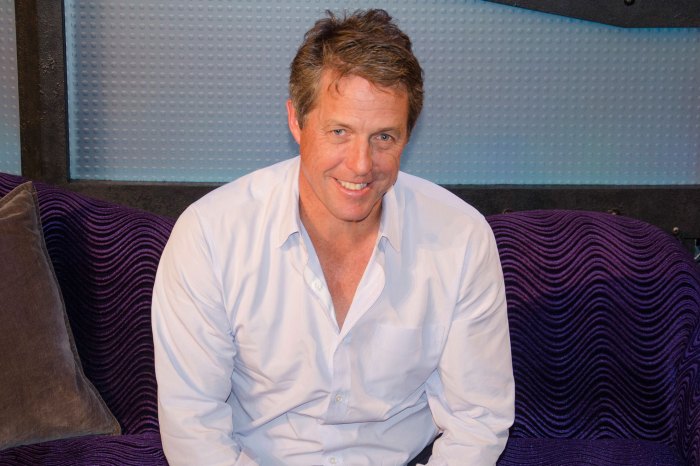 Actor Hugh Grant made his Stern Show debut on Wednesday morning to talk to Howard about his new film “Florence Foster Jenkins.” The debonair Brit also opened up about his love life, his brush with politics, and why he turned down taking over for Charlie Sheen on “Two and a Half Men.” Here are the highlights from Hugh’s visit:

Zero Weddings Before a Funeral

Hugh Grant has never been married and he plans to keep it that way. He told Howard that when it comes to his love life, he doesn’t see the need to settle down with one woman.

“If you ask me the question, ‘Do I think human beings are meant to be in 40-year-long monogamous, faithful relationships’ … No,” Hugh said. “Whoever said they were? Only the Bible or something. No one’s ever said that that’s a good idea.”

Hugh instead admires the French and the Italians, who he says are capable of staying devoted to their partners, “but it is understood that there may be other visitors at 5 o’clock in the afternoon.”

In his new movie, “Florence Foster Jenkins,” Hugh’s character has a mistress and he told Howard that he likes that the film challenges its audience to consider whether or not he loves his wife. But Howard wondered if it was weird that one of the biggest names in romantic comedies had such a unique opinion on romance.

“I don’t think those two things are contradictory,” Hugh said. “I think there’s something unromantic about marriage.” According to Hugh, marriage eventually leads to possessiveness, ownership, and jealousy. But not all marriages are doomed, he said.

“My brother has an annoyingly good marriage,” Hugh said. “He’s really happy. It pisses me off.”

For a time, Hugh Grant decided he would go it alone in Hollywood, doing away with all agents, managers, and other representation.

“I do have an agent again now, but I did for four years not have one,” Hugh said, explaining to Howard that he would tell people that wanted to work with him to reach out to a man named James Howe Ealy.

“He didn’t exist. It was me on a different email account,” Hugh said. “I saved myself an absolute fortune.” The only problem was when people wanted to meet James or talk to him on the phone. Hugh said he created a voice for his fake agent, putting on a Scottish accent while talking to others.

“Then I started to slip up because if I’d had a drink or two, I’d write emails as James and I’d sign off ‘Hugh’ by mistake,” he added.

Why ‘Two and a Half Men’ Wasn’t for Him

During his Stern Show interview in April, Jon Cryer revealed that it was Hugh Grant, not Ashton Kutcher, who had been originally lined up to take over for Charlie Sheen on “Two and a Half Men.” Hugh confirmed that he was in talks to play a part on the sitcom but was unable to sign on the dotted line.

“They talked to me about it, but the problem was they didn’t have a script or a new character,” Hugh told Howard. “They just said, ‘trust us.'”

While he was a fan of the show, Hugh admitted he was too scared to take the part without seeing something written ahead of time. Too bad, too, since he revealed it would have earned him a massive amount of money.

“It was stratospheric,” Hugh said of the paycheck he would have gotten from the CBS sitcom. “I had no idea how much TV was worth here.” Not knowing how much a television star makes got Hugh in even more trouble recently while he was shooting “Florence Foster Jenkins,” which co-stars “The Big Bang Theory’s” Simon Helberg.

“I might have been vaguely patronizing to him because he hadn’t done films before,” Hugh admitted to Howard. “He’s maybe the richest man I’ve ever met.”

Hugh Grant is more than just a movie star. Following the newspaper hacking scandal that went on in Great Britain, he also became an advocate for personal privacy.

“The last five years of my life have all been about politics,” said Hugh, who was himself victimized several years ago by a hack. He told Howard he was able to figure out that he was being watched and listened to by the British press.

“It was really after the event,” he said. “They used to hire private detectors and they arrested the private detective. Like an idiot he kept scrupulous notes.” One note included Hugh’s personal phone number. His suspicions were even further verified after he broke down while driving in the middle of nowhere. An ex-editor of News of the World, a publication at the forefront of the hacking scandal, soon showed up and offered to give Hugh a lift. Reluctant but in need of assistance, Hugh accepted and got into the car.

“He starts boasting about everything he’s done: hacking phones, paying off the police,” Hugh told Howard. “I thought, ‘Christ, I wish I had a tape recorder to get all of this.'”

A few months later, Hugh did just that. He and his friend pretended to drop in on the same man out at a pub. The two used spy pens to record their entire conversation and Hugh later later published the transcript in a magazine. But it wasn’t being a target himself that made Hugh want to get involved – it was when the papers hacked murder victims and people killed in terrorist attacks. The actor said that’s when he truly got angry about what these media outlets were doing.

“They were allowed to do it with impunity,” Hugh said. “The police were paid off, wouldn’t come after them. Government looked the other way because government in Britain is so terrified of these few big newspaper bosses.”

Even though he was warned not to get involved in this campaign, Hugh has gone on British television to discuss the media hacking scandal. His appearances did come without a cost, though. He told Howard that the mother of two of his children received an anonymous phone call, warning her that she should tell Hugh to “shut the fuck up.” 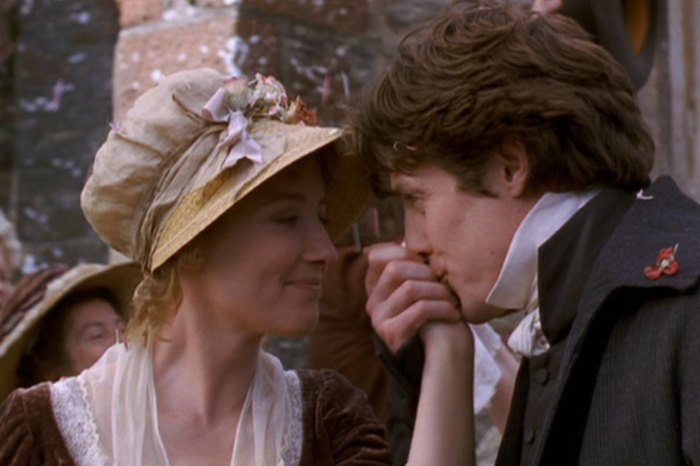 Hugh said he appreciates getting praise from the film directors that he works with. Unfortunately, he didn’t get much of that early on from “Sense and Sensibility” director Ang Lee.

“It wasn’t entirely his fault because he didn’t actually speak very much English,” Hugh told Howard.

During the first few days of production on the movie, Hugh remembered shooting a scene with his co-star Emma Thompson that had the two of them walking across a lawn together. After they delivered their lines, Hugh walked up to Lee to get his feedback. The director looked at his actors and simply said to them, “Very boring.”

Hugh also said that Ang allegedly told Kate Winslet after one of her takes, “Don’t worry, you will get better.” He must have been right since Kate was nominated for an Academy Award for that role.

“I love him, actually,” Hugh told Howard, saying he would work with Lee again. “He’s actually quite good.”

The One That Got Away

At one point in his career, Hugh told Howard that he used to brag about how he had never turned down a project that went on to become a huge hit. But all that boasting eventually backfired.

“As soon as I started saying that, I turned down a film that went on to be the biggest success and the biggest hit for the part that I turned down, for that actor,” Hugh said. “It’s a source of great misery to me.”

While he wouldn’t say which movie it was that he turned down, he told Howard that it was not “Titanic.”

“The honest truth is, I probably wouldn’t have been as good as the guy who did it,” Hugh said. “He did it brilliantly.”