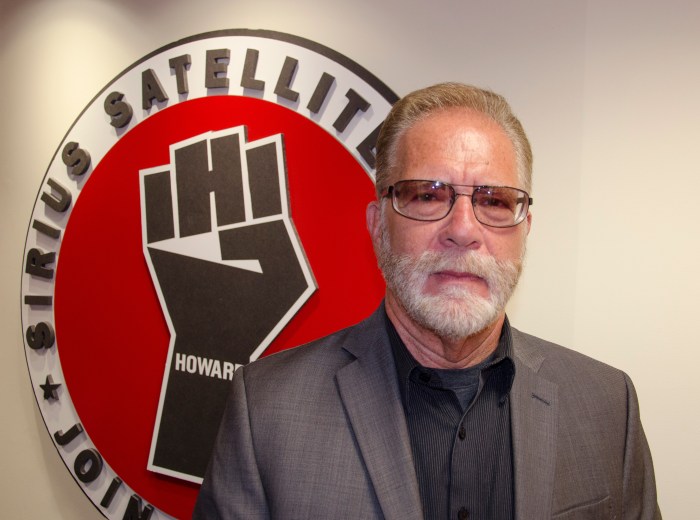 Ronnie “the Limo Driver” Mund has officially ceased dying his beard and as of Monday morning was sporting a new snow white color on his face.

“It’s like your beard saw a ghost,” Howard joked.

Ronnie said that he simply doesn’t feel like doing it anymore. “When you color it and when it gets to be this grey, it doesn’t cover good. It looks stupid,” he explained.

Fred Norris was shocked that it seemed to happen “overnight.”

Jimmy Kimmel, who arrived midway through the conversation, thought Ronnie looked Letterman-esque and wondered if the decision was really just a ploy to get out of his engagement, but according to Ronnie, his fiancée Stephanie actually loves the change.

Jimmy was also intent on having a chat with Ronnie about the direction his infamous sex tips have been taking. Kimmel revealed that he had tried out some of Ronnie’s early tips with his wife, but said he finds the recent ones to be more outrageous and less realistic. He requested that Ronnie return to his roots with the sex tips.

Ronnie surprisingly took the feedback well and told Jimmy that he had a new one for him to try: The double cock ring. You take two different sized cock rings and space them out across your penis.

“Doesn’t your penis look like a balloon animal at that point?” a concerned Jimmy wondered.

Ronnie was steadfast in his advice, though, and insisted that it was “very cool.”