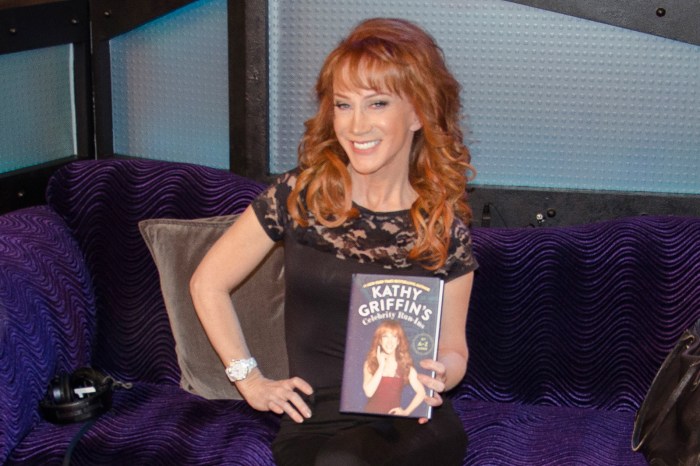 Kathy Griffin’s new book is called “Celebrity Run-Ins” and she had plenty of A-list stories to spill on Tuesday’s Stern Show. The comedian told Howard about moving into her new house next door to Kim Kardashian and Kanye West, writing her first joke for someone else at this year’s DNC, and how she and Sharon Stone took their tops off on Election Night.

Check out all of the highlights from Kathy’s appearance on the Stern Show (below).

The 2016 presidential election was a big deal so, of course, Kathy had to watch the returns with a celebrity friend.

“I watched the election with Sharon Stone at Sharon Stone’s house,” Kathy told Howard. “She used to loathe me.” Now, however, she and the “Basic Instinct” actress are close friends and strong supporters of Hillary Clinton. As it became clear Donald Trump would win the White House, Kathy revealed she and Sharon did something to try and lighten the mood.

“When it started to go horribly wrong, [Sharon] would say ‘dance break’ and both of us took our tops off and we were just shaking our tits. My hand to God,” Kathy told Howard.

She said it wasn’t just the two of them at Sharon’s house, either — Sharon had invited 20 people over to watch the election coverage, Kathy explained, before reiterating how truly topless the two of them got: “Not just bras, bras off and dancing around being silly,” Kathy said. “That’s my kind of gal.”

Next Door to Kim and Kanye 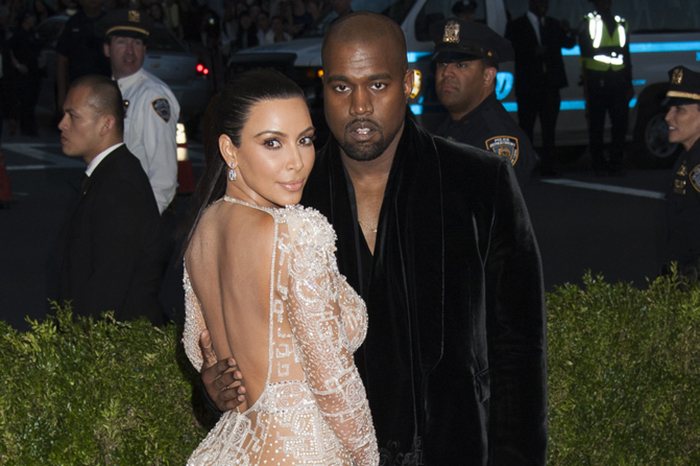 Kathy told Howard about the new Hollywood home she recently moved into. She paid $10.5 million for the pad which came complete with famous next-door neighbors Kim Kardashian and Kanye West.

“We can wave to each other doing dishes,” Kathy said about how close her house is to theirs. “I love it! It’s my act right next door.”

Howard wondered if Kim and Kanye caused too much commotion, though, between the paparazzi and production crews on location to film their reality TV show, but Kathy said she’s never seen anything crazy going on at the West residence.

“They’re so quiet. It is hilarious. They are the best neighbors,” Kathy told Howard. “The last thing they want is trouble from me … they’ve got Taylor Swift to worry about. I’m the least of their worries.”

Though Kim and Kanye are quiet, they’re not shy. They invited Kathy into their home after she requested a get-together.

“I texted first, because they have all this security,” Kathy told Howard. “I said ‘Don’t shoot me, I’m coming over.'” Once there, Kathy asked Kim if she was sick of seeing her naked yet. Kim told Kathy she hadn’t seen her in the buff and actually assumed it would be the other way around, with Kathy being sick of seeing her walk around her house in the nude.

In other related real estate news, Kathy told Howard that her boyfriend of five years Randy would soon be moving in with her, but she doesn’t think marriage is in their future.

“I don’t feel like I have a need to get married,” she said, explaining how the institution of marriage doesn’t offer her what it offers others.

Robin In, Gary Out 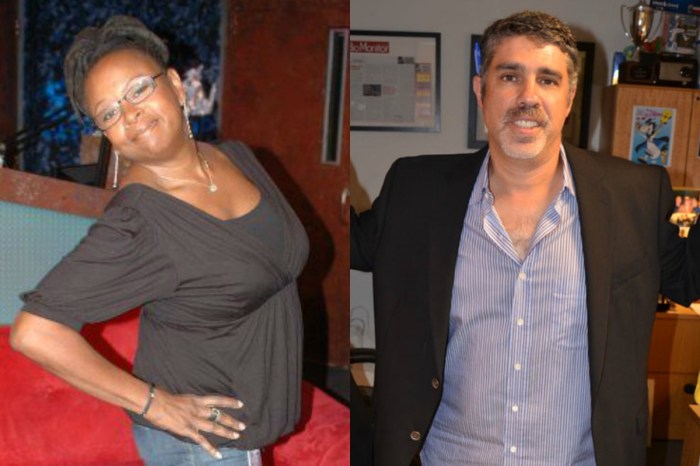 “It’s really an opus, if you ask me,” Kathy said during her interview on Tuesday.

Howard read aloud what the comedian had to say about the Stern Show co-host: “She’ll be on your side for a good part of the interview and then she will turn on you,” he read. “Off the air, she’s an angel even though we really have only had personal moments in the hallway and the studio.”

Kathy also wrote how Howard owes his broadcasting success to having Robin by his side for all these years, something she assumed he’d disagree with.

“I don’t challenge that at all,” Howard told Kathy.

Robin wasn’t the only Stern Show personality that Kathy wanted to include in her book, though. She originally wrote about an encounter she had with executive producer Gary Dell’Abate, but was told by her publisher to take it out.

“For real, the publisher took out the Baba Booey story,” Kathy said. “I thought it was a really cute story.” Kathy described the incident she wanted to write about to Howard, saying: “A million years ago when Baba Booey and you and I all colluded to call my mom at five in the morning and ask her if she takes it up the butt from my dad.”

Kathy said her publisher just didn’t get it. “They felt like Gary was a little boring. They felt like it didn’t have the Robin ‘It’ factor,” she told Howard.

Kathy and Kareem Kill at DNC

Kathy had a celebrity first to tell Howard about — she recently wrote a joke for a fellow famous person, something she’s never done before in her career.

“I’m very proud of this, I don’t know if you know this, but I wrote Kareem Abdul-Jabbar’s joke for the Democratic National Convention,” Kathy said. The funny line (above) included Kareem introducing himself as NBA legend Michael Jordan to the DNC crowd since, “Donald Trump couldn’t tell the difference.”

“I’ve never written a joke for anyone in my life,” Kathy told Howard. The opportunity came after Kareem’s manager, a friend of Kathy’s, contacted her before he was to take the DNC stage. Kathy was asked if she had any jokes for the former Laker superstar.

“I started just firing off jokes,” Kathy said. “When he went out there and said it, I was at home in my PJs and I literally stood and screamed.”

After the DNC, Kathy and Kareem went out to dinner to talk politics, something she knew to be a very rare occurrence. “You know he’s a unicorn. He doesn’t go out or go anywhere,” Kathy said.

While many are confused by Kathy and Kareem’s friendship, she said she has a simple explanation: “I love the legends.”