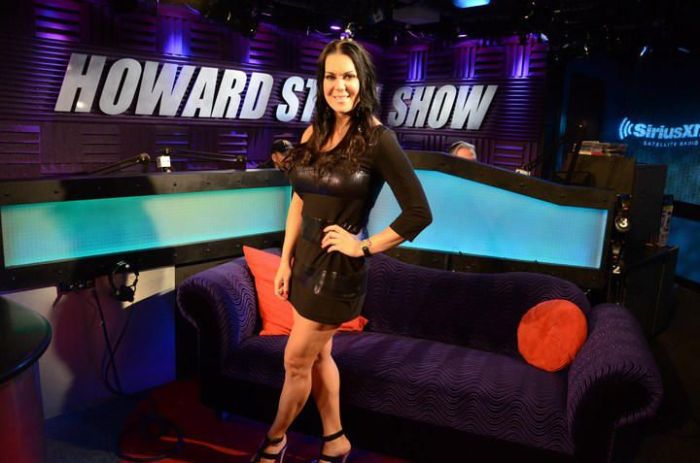 The Stern Show was very sad to learn that our friend Joanie “Chyna” Laurer passed away last week. On Monday morning Howard paid tribute to the legendary wrestler.

Chyna had a “great sense of humor about herself,” Howard said. “She’ll always be a champion in our hearts.”

The WWE superstar appeared on the Stern Show several times over the years and it didn’t take her long to become a fan favorite. And, while the world at large will always treasure her legendary pro-wrestling career, Howard fans may well remember a different side of her:

It started in 2004, when she came on the show in the hope of transitioning toward a career in music. So she sang “Holiday” for Howard, a song she had written herself. Chyna’s passionate performance didn’t pave the way for any platinum records or Grammy wins, but it was one listeners could never forget.

No one found more humor in that day’s performance than Chyna herself, who returned to the show in 2011 and had a good laugh at her own expense.

“Howard, I thought you were going to sign me on the spot,” Chyna admitted while cracking up.

Her great sense of humor and ability to laugh at herself led to several emails from fans saying how much they enjoyed hearing her on-air. Now, over a decade after she first recorded it, “Holiday” continues to be played on a regular basis – proof that sometimes the Stern Show’s greatest moments happen when you least expect them.

The entire Stern Show crew sends its deepest condolences to Chyna’s friends and family. She will be sincerely missed.

Robin Wreaks Havoc on the Office