Ben Affleck Gets Worked Up on ‘Any Given Wednesday’ 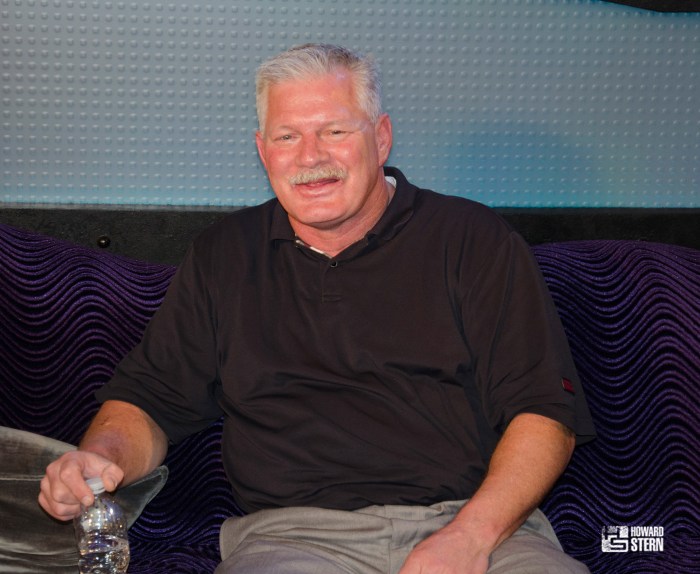 Millions of Mets fans are well aware of Lenny Dykstra’s athleticism, but the former All-Pro center fielder says his true talent is pleasing a woman. On Tuesday morning, Dykstra didn’t hold back while discussing his past conquests on the Stern Show, the first stop on his promotional tour for his new book, “House of Nails.”

Lenny admitted there were even times he entertained women on the baseball field, scoring with them in various sections of the ballpark. According to Dykstra, he would recruit a bat boy to scout a location, find a willing lady, and arrange a meeting.

“Twenty minutes later, I’d be in the batter’s box,” Dykstra said, adding that having sex before a game didn’t deplete his energy due to the drugs he was taking at the time. Though not all women were up to Lenny’s standards, he explained that his selectivity had less to do with looks and more to do with hygiene. He went so far as to bring along a tongue depressor to inspect women in order to make sure that they seemed clean enough for sexual relations.

“The canvas has got to be clean before I do my artwork,” Dykstra said. A woman’s health was particularly important considering Dykstra did not usually wear condoms. For all the action that he saw, though, Lenny swore to Howard that he never had relations with fellow players’ wives or the girls of any of his friends.

When asked about his former teammates, Lenny revealed who on the World Series winning ’86 Mets had the biggest, er, bat: Darryl Strawberry, who Dykstra said was “hung like a swamp mule.” Lenny has no problem with his own penis, though, and referred to it as PC,” short for “perfect cut” since the Jewish doctor who performed his circumcision did such a good job.

Lenny still sees his fair share of ladies these days, but the romance has become less about sex and more about companionship. He told Howard that he has several women willing to pay him for his time and company. “I have a few clients. They’re like widows,” Dykstra said.

He said one of his regulars is becoming a problem, however: “She always wants to stick her fucking tongue down my throat.”

In most cases, Lenny is okay with kissing, but he did outline for Howard and Robin the three things he has never allowed while in bed with a woman: He will not pull her hair, he will not choke her, and he does not allow anyone to play with his ass.

“I do therapy with them. I work on their minds,” Lenny said of his sexual abilities. But as much as Dykstra enjoys the time he has spent with women, he also admitted to Howard that his constant conquests could have caused his downfall.

“At the end of the day, pussy is really what kind of took me out,” he said, explaining that he might never have played baseball had it not been for his desire to get girls.