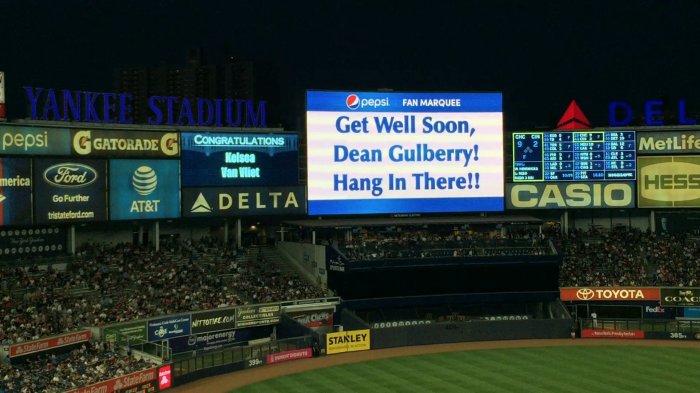 When 19 Stern Show staffers show up to a Yankees game, it’s a good bet that there’s a specific reason.

As New York’s finest squared off against the Texas Rangers a couple of weeks ago, those in the stands were treated to a special message on the loudspeakers: “Get Well Soon, Dean Gulberry! Hang In There!!”

Will Murray, who organized the outing, told Howard that the stunt left them “laughing like a bunch of third graders,” though no one else seemed to take notice.

In other baseball news, Howard thought the recent video of Pittsburgh Pirates announcer Bob Walk falling out of his chair during a game was pretty hilarious. Check out the full video below.