Singer-songwriter also talks about meeting Bob Dylan in a dream, saying he “looked a bit like Jesus” 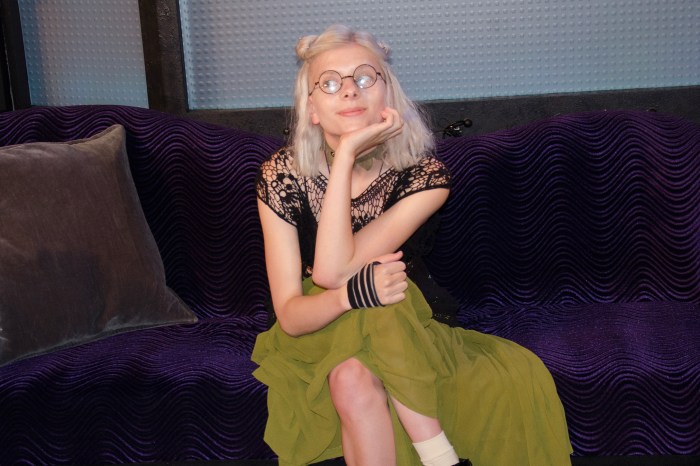 Norwegian singer-songwriter Aurora visited the Stern Show on Monday morning and performed her haunting cover of David Bowie’s classic, “Life on Mars?” Howard first heard her version of the song during an episode of the most recent season of “Girls.”

Before she started singing, Aurora told Howard that she didn’t always enjoy performing for an audience, saying “it felt like being a cat and having to swim from Norway to the States over the big ocean.” The 20-year-old also admitted that, growing up, she never wanted to be a recording artist but dreamed of being an astronaut instead.

As good as her cover of Bowie’s song is, Aurora told Howard that she sticks mainly to singing her original music, though she has covered Bob Dylan as well. When Howard asked if she’s ever met Dylan, Aurora answered that she has only met him in a dream.

“He looked a bit like Jesus…if he was wearing, like, a nightgown,” Aurora told Howard. “We were just, like, walking around in a place where our surrounding had no color, but we did.”

An indisputable free spirit, Aurora said she does not do any drugs and doesn’t even enjoy caffeine because it makes her feel “like I have ants in my fingers,” adding that she prefers to keep ants on the outside of her body. When it comes to moths, though, she prefers to keep those in a jar.

“I collect moths. Dead ones,” Aurora said, explaining that she currently has a stockpile of 21 moths. “They’re so beautiful. If they move, you can’t really see them or the details.”

Aurora’s keyboardist Alf has seen her moth collection firsthand and told Howard she even once tried to feed him one. Aurora herself has also experienced the taste of a moth.

“I had one in my mouth once just to see how it feels and they’re very hairy,” she told Howard. “So don’t do it. Do not put the moth in your mouth.”

Aurora and Alf are not romantically involved, but she is open to being in a relationship – all that matters to her is that she ends up with “the next beautiful soul she meets.” However, she admitted to Howard that she doesn’t quite care for kissing, comparing it to sharing a toothbrush with a person. 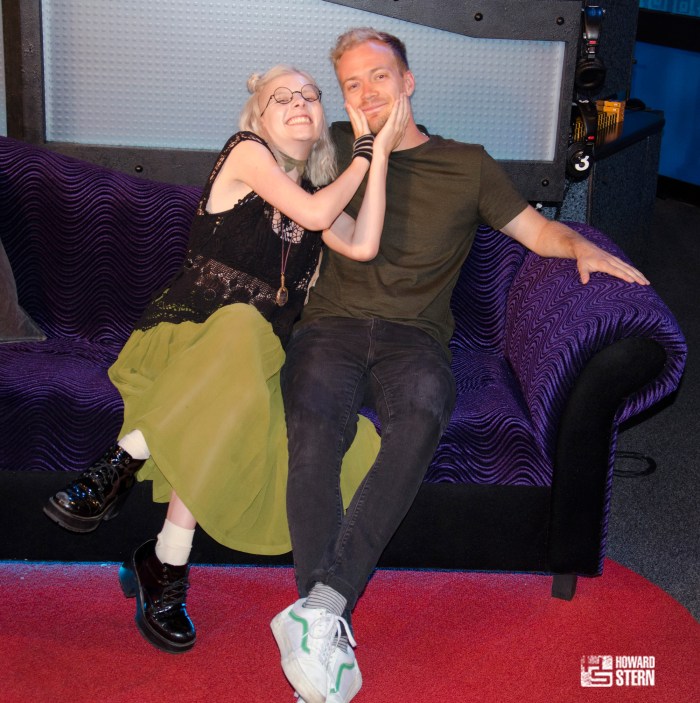 Aurora and Alf together on the Stern Show couch Photo: The Howard Stern Show

Howard praised Aurora for her performance and her storytelling, saying she need not worry ever again about engaging a crowd. So long as she speaks as freely as she did during her appearance on the Stern Show, her fans should be plenty entertained.

Aurora’s debut studio album “All My Demons Greeting Me as a Friend” is now available.