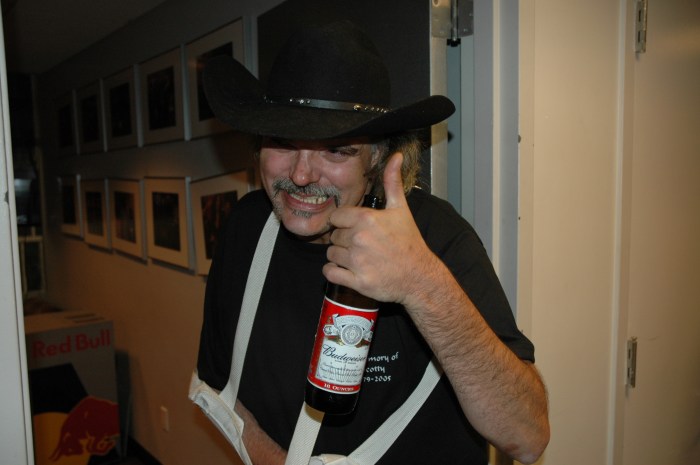 With Jeff the Drunk queued up on the phone line, Howard wondered why the Wack Packer would even call in again since he got on the air during Tuesday’s show. What’s changed in his life in the past 24 hours?

An appearance it would seem. Jeff unashamedly admitted that he had a gig to promote, but when it came time for him to tell the audience about it, no one could quite decipher what he was saying.

Jeff’s “Lump” called in as well and attempted to translate exactly what was being said, much to Jeff’s chagrin.

The conversation soon turned to Jeff’s “smart TV,” which may or may not exceed his own intellect.

“I imagine that smart TV is humiliated,” Howard joked.

“Yeah, it’s a genius compared to this idiot,” Jeff’s “Lump” piled on.

Howard also wondered what a day in the life of Jeff the Drunk consisted of and, according to Jeff, his time is primarily taken up by “scoping” (live streams on Periscope) and singing.

Be sure to check out Jeff the Drunk at the lasdfpohiasdfijs this asdfoihdf.