Here's what Benjy eats for breakfast, plus Wolfie’s Embedded report with Wendy the Slow Adult 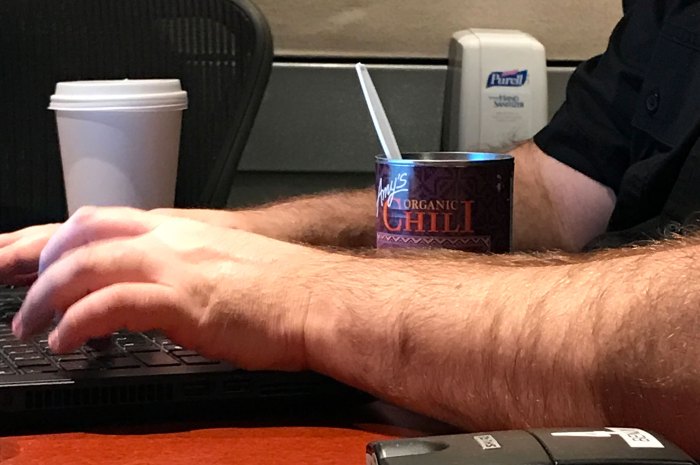 On Tuesday, Howard and Robin learned of a couple new eccentricities that Stern Show staffer Benjy Bronk has, including not wearing a coat in the winter and eating cold chili for breakfast. Howard brought him back into the studio to explain this sort of behavior.

“It’s a vegetarian chili,” Benjy said. “Any tomato product … stings your throat when it’s warm. It tastes so much better cold.”

Shuli also came in to talk about the unique meal Benjy has been starting his day with and how weird it was to see him eating straight out of the can.

“I sit next to Benjy,” Shuli said. “It was so shocking to smell chili at 8 o’clock in the morning.”

Shuli also wondered why Benjy’s belt was placed on the floor behind him the other day but Benjy had a very simple explanation.

“I hadn’t put it on yet,” he said matter-of-factly. As for not wearing a winter coat, Benjy tried to tell Howard that he’s attempting a new breathing method and that he doesn’t bundle up on his way into work since he rides in a car.

“Put your coat on,” Howard warned before dismissing Benjy from the studio.