“It’s almost like he has something to hide,” the Bravo star says of Benjy’s revealing photos 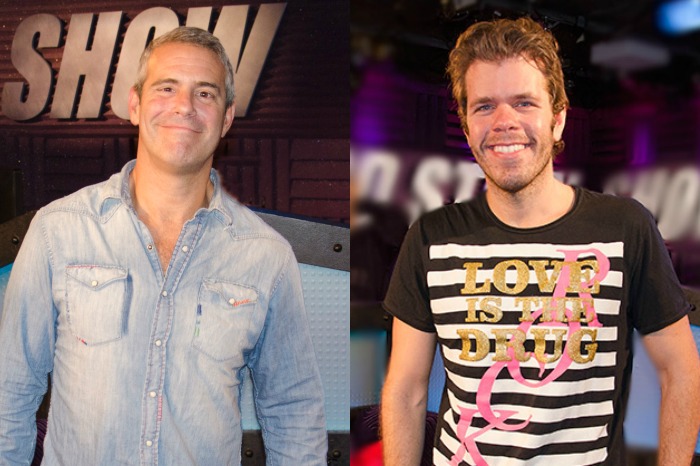 Stern Show staffer Benjy Bronk is proud of his penis and is ready for the entire world to see it. He shared photos of his manhood on Twitter recently, setting off an internet firestorm that even included coverage of his dick pics on PerezHilton.com.

“I think I have a nice cock,” Benjy told Howard, explaining that was the part of his body he was most comfortable showing on the web.

Howard was unimpressed by the personal pictorial and showed Robin the photos to get her take on Benjy’s penis.

“That is disgusting. That is not a pretty cock,” Robin said upon seeing the pics. “What the hell is this one? It looks like it’s on fire, it’s so red.”

Howard also got some expert opinions from frequent guests Andy Cohen and Perez Hilton. Since both are openly gay, they should know for sure whether or not Benjy has a pretty penis.

“Let’s start with the good. He has a strong hard-on. It’s firm,” Andy said of Benjy’s pics. “Here’s my issue: to me, it’s almost like he has something to hide. He’s showing pieces of the dick without actually showing the whole dick, OK? You never see the entire length. My feeling is that, what he’s trying to mask is, that it’s not too big. Or, let me be more direct, that it’s small.”

Perez, who is more familiar with Benjy’s backside than his frontside, also weighed in on the controversial photos.

“He was hard but he also was covering his dick!” Perez said. “If you’re going to put out your own dick pics at least be fully hard and put it out there for everybody to see. He kind of almost half-assed it. Like, they were the most unflattering dick pics I’ve ever seen and I’m an expert on dick pics. I’ve seen many in my life.”