Rock star also talks shunning fame, fortune, and even turning down a movie role that went to Brad Pitt 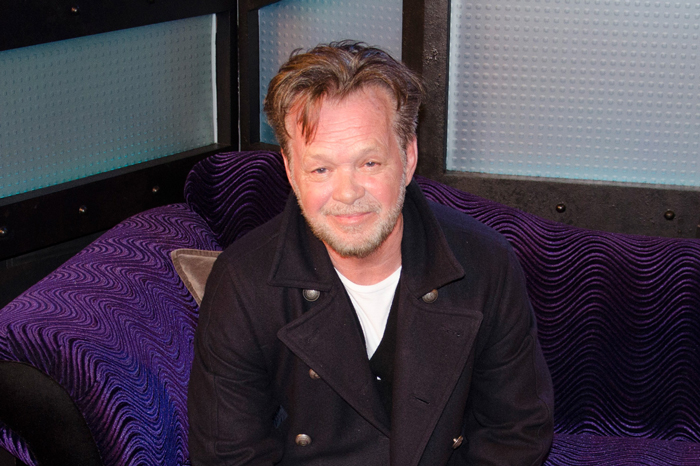 Millions of records sold, millions of dollars made, and a Grammy to boot, but John Mellencamp is still wondering whether or not he made the right decision by becoming a musician. The renowned rock star returned to the Stern Show on Wednesday morning and told Howard about his new album “Sad Clowns & Hillbillies” and why he’s forced to write songs, whether he likes it or not.

“I don’t want to write songs,” John told Howard. But when a new piece of music pops into his head, John knows well enough to capture the idea — it could wind up being his next hit. “This little voice goes, ‘Hey, you need to write this down.'”

That he’d still be writing and recording music decades after first breaking onto the scene never seemed possible to John. “When I signed our first record deal, I thought, you know, two records and out,” he admitted. “I would have never thought that I would be our age and still doing this.”

His musical talent made him famous but it was coming up in the advent of the MTV ’80s that John told Howard turned him into a true star.

“I never wanted to be famous. You could walk around forever, until MTV,” John explained. “I was on MTV so much with all those records and this sounds ungrateful as hell, I know it does, but I really hated it.”

Meg Ryan, John’s girlfriend at the height of his fame, gave him a piece of advice on how to deal with his celebrity. “She said it best,” John told Howard. “She says, ‘John, we’ve both already been to the moon, we don’t need to go back.'”

Maintaining his star power still isn’t important to John. His focus is instead on finding a creative outlet, usually in his paintings, which he told Howard he’ll spend up to eight or nine hours a day doing. Bob Dylan convinced him to sell some of his artwork, though he never believed anyone would want to buy anything he’d painted. His pieces have fetched several thousands of dollars for John but one thing still bothers him.

“What I don’t like is that, I will never be looked at [as anything] more than a ‘celebrity painter,'” he told Howard. Painting is more than just a hobby for John — it almost became a career. In fact, his first foray into music was just an effort to make money to pay for art school.

“There’s times that I think that I should have not ever gotten into this music business. I should have just painted,” John told Howard. 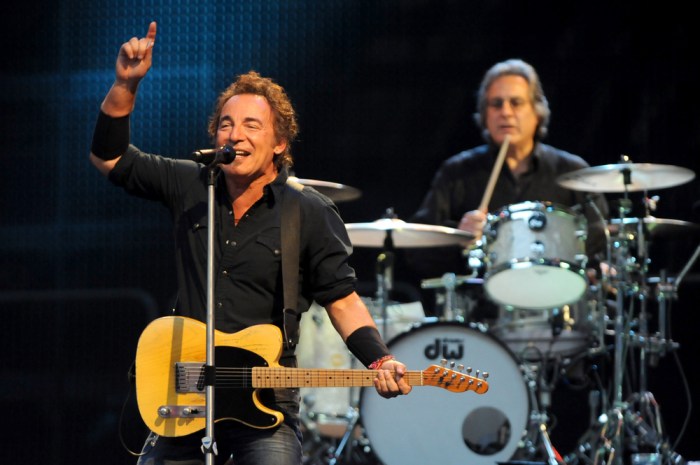 Rock and roll can be a cutthroat business but John told Howard he has nothing but respect for some of his so-called competitors, including Bruce Springsteen.

“We’re two different artists and he’s a better songwriter than me,” John said of the Boss. “I think Bruce Springsteen could have been the greatest pop songwriter of our generation if he had wanted to be, but he didn’t want to be.”

It was Bruce’s melodies that left a lasting impression on John, who called some of Springsteen’s tunes “jaw-dropping.”

“How could a guy make such beautiful melodies out of three chords? And he could do it,” John said.

John also offered up some praise for the Eagles, whom he overheard recording their album “Hotel California” just as he was laying down his own tracks in the same Miami recording studio. “I would walk by their studio and hear ‘Life in the Fast Lane’ and I go, ‘Oh fuck,'” John said with a laugh. He’d then return to his own room and tell his band about the masterpiece being created next door. “I would just walk in and look at the band and go, ‘We suck.'”

No Helmet, No Problem

A serious motorcycle accident once nearly cost John his life, but that didn’t stop him from getting back on his bike soon after. Bruised, battered, and on crutches, John told Howard about the time he took his motorcycle to Florida where he insisted on riding it, even if he didn’t have a helmet to wear.

John and his guitarist Mike were about to head out to the recording studio when a neighbor waved them down. “You got to have a helmet on in this state,” John recalls the local telling him. His home state of Indiana didn’t have a helmet law at the time so John never bothered wearing one. “Being the smart guys that we are, we go get Tupperware.”

They secured the plastic bowls to their heads with a couple pieces of string and rode away. “We figure if the cops see us, we’ll be going so fast anyway they’ll just see color on our head and think we have helmets on.” That wasn’t the case. A police officer did pull them over and delivered a line John still remembers to this day.

“He walked up to us and he goes, ‘You gotta be shitting me,'” John said while cracking up. “He knew what idiots we were.”

Riding without a helmet didn’t scare John, but he did reveal to Howard he used to suffer from agoraphobia. “I couldn’t leave the house,” John said. “It was messed up.” He suspects he has since grown out of it, but for some time he dealt with severe panic attacks.

“When you’re in that state of mind, you are at death’s door. You think you’re going to die,” John said.

John Mellencamp wears many hats in the entertainment industry, including actor. He’s starred in a handful of movies but told Howard he turned down the part of J.D. in “Thelma & Louise.”

“I never wanted to be an actor,” John said. While he would have enjoyed an onscreen kiss with Geena Davis, John told Howard he didn’t want to take his shirt off, which the role required. Brad Pitt didn’t have a problem showing some skin and went on to play the film’s outlaw cowboy.

John was a bit of a star-maker himself after he put a then unknown Matthew McConaughey in one of his music videos. “I went to my agent and I said, ‘Do you guys have a young actor that nobody knows that I can use in a video?'” John told Howard. His rep found him Matthew. “As it turned out, I was his favorite singer … and we’ve been friends ever since.”

Mellencamp makes no secrets about being a political person, but he told Howard his new music includes no protest songs and is meant to be enjoyed by both Democrats and Republicans alike.

“My music’s for everybody,” John said. However, he did stress that he’d prefer it if his fans did not get drunk at his shows, something he’s concerned about heading into his first outdoor concert series in several years.

“I don’t want to play in front of drunk people. This is about music,” John explained. “If you want to come and listen to music, come to my show.”