“She always laughed with us,” Howard recalls 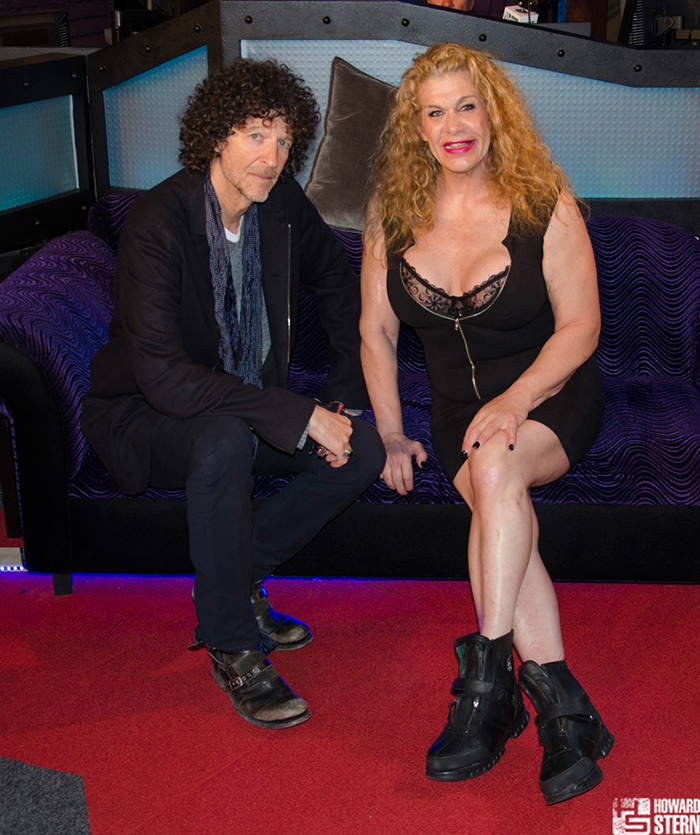 It is with heavy hearts that the Stern Show bid farewell to Nicole Bass, a veteran member of the Wack Pack, on Monday morning. Nicole passed away at the age of 52 after reportedly suffering a heart attack on Feb. 12. She was brought to the hospital unconscious and kept on life support for five days, but never woke up.

“I will miss Nicole,” Howard said. “The great thing about [her] is she never took herself seriously. She always laughed with us,” he continued.

Born Aug. 10, 1964, Nicole Lynn Bass got a quick start in front of the camera modeling as early as age five. It wasn’t until later that she would get involved with lifting weights, though. “It’s a funny story how I first got involved in bodybuilding,” she told Celebrity Sleuth in their 1994 issue. “I used to have E-cup breasts (measuring 47″). When I first went to the gym, everyone would always talk to my chest. I had a Marilyn Monroe type of body and I read that, as a starlet, she kept her shape by working out with weights,” Nicole explained.

Throughout the late ’80s and ’90s she built up an impressive resume of accomplishments on her way to winning the 1997 NPC National Bodybuilding Championship and segueing that into a career as a professional wrestler with Extreme Championship Wrestling and later the World Wrestling Federation.

Nicole first crossed paths with the Stern Show shortly after the success of Howard’s “Private Parts” book in 1993 when she showed up at a local New York City pageant where the staff was collecting contestants for the “New Year’s Rotten Eve” pay-per-view special.

Though she was not crowned Miss Howard Stern that year, Nicole cemented herself as a mainstay on the show for her unique physique and good-natured attitude. When it came time for 1997’s “Private Parts” movie, she even snagged a cameo in one scene introducing Howard’s move to Hartford when fellow Wack Packer Crackhead Bob was unable to enunciate clearly enough. After reciting her line, Nicole is heard asking Stern Show Executive Producer Gary Dell’Abate, “Was my voice too deep doing that?” to which he responds, “No, it was very feminine.”

Nicole Bass. She will be missed. Had some fun times with her…especially in the movie “Private Parts”. She had a big heart! pic.twitter.com/NmXtwzu2bd

The next year found Howard launching a brand new Saturday night television show on CBS with Nicole Bass as his first interview. The eyebrow-raising segment featured Robin Quivers taking Nicole into the bathroom in order to get a peek at her lady parts for confirmation of her gender once and for all … and though it did not go quite as planned, a DNA test conducted a few months later confirmed what Nicole had maintained all along: she was a natural woman!

Moreover, if there was ever any doubt about her dedication to weightlifting, all questions were answered when Nicole happened to appear on the show the same day as the “Austrian Oak” himself, Arnold Schwarzenegger, who attested to seeing Nicole work out for hours on end in the gym.

Ever a good sport, Nicole returned to the air in 1999 when Howard received four of the most visible seats behind home plate at Yankee Stadium as a gift. Since anyone seated there could be seen on TV during nearly every pitch, Howard decided to send his trusted producer Gary as well as Wack Packers Beetlejuice, Gary the Conqueror, and Nicole with instructions on how to draw attention to themselves while at the game. 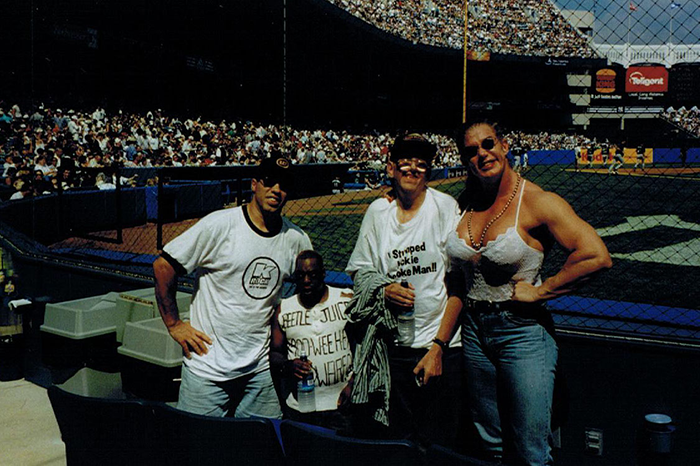 Throughout the ensuing years Nicole would continue to appear on the show in various capacities as a member of the Wack Pack with Howard jokingly toying with the idea of reviving “The Munsters” sitcom and having Nicole play the part of Herman Munster — a gag fueled even further by Fred Norris’s popular impression of her. Nicole embraced the bit, practicing the laugh and showing up one year dressed as Herman Munster for Halloween. 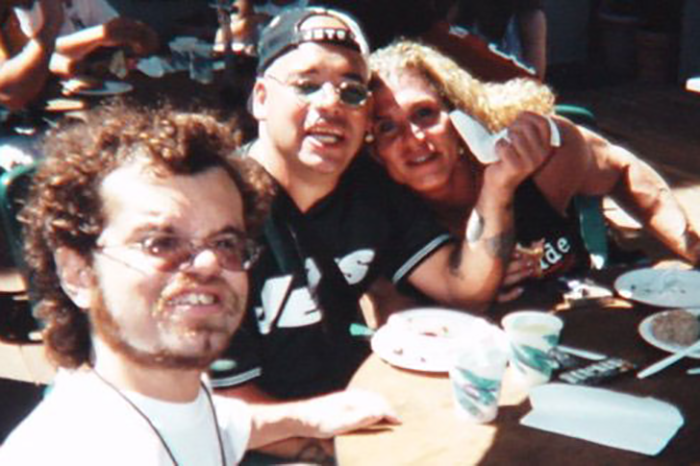 After witnessing Joey Buttafuoco rough up former wrestler and frequent Stern Show guest Chyna in a celebrity boxing match, Nicole challenged the infamous New Yorker to a bout herself, promising that it wouldn’t end the same way. Instead, the two ended up duking it out in a game of Hollyweird Squares on the show in 2004. Unfortunately for Nicole, Joey took home the win and a cash prize that day. 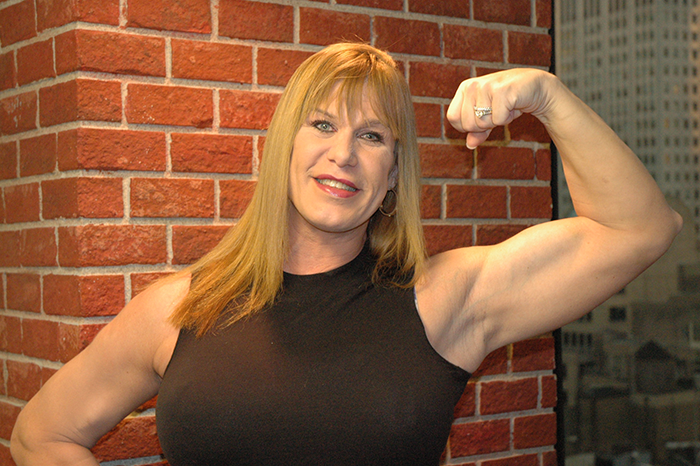 Early in her career, Nicole found that her distinctive physical appearance attracted specific types of men and she monetized that in different ways throughout her life, including fetish wrestling and fantasy calls. In recent years, Nicole found success performing topless at gentlemen’s clubs around the nation’s heartland and even put on a special show for Stern Show staffers JD Harmeyer, Richard Christy, and Ronnie “the Limo Driver” Mund. 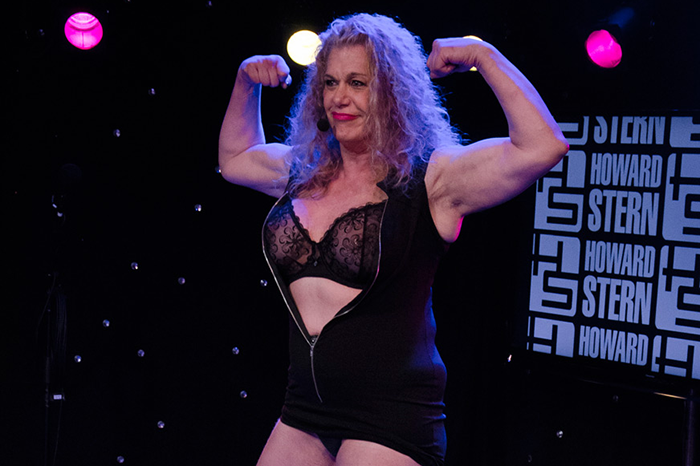 Nicole was happily married for 28 years to her husband Bob until his death in 2013, after which she found love again with her business partner Kristy—her first lesbian relationship.

Our thoughts are with Nicole’s loved ones during this difficult time.