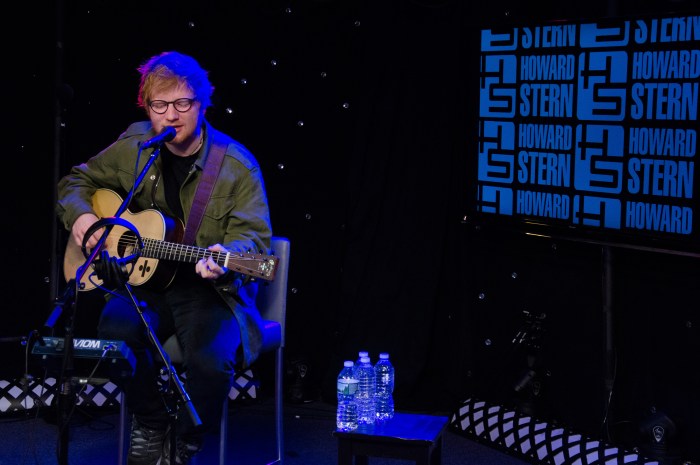 Ed Sheeran treated the Stern Show to a live performance of one of his new hit songs off his latest album “÷” (pronounced “Divide”) on Wednesday morning. “Castle on the Hill” is a song about Ed growing up in his hometown and according to him was at least partly inspired by his newfound fandom of Bruce Springsteen.

“I’m a recent Springsteen admirer,” Ed told Howard. “I’m a bit late to the party but, I listened to ‘The River’ and I was like, ‘I need to write a song like ‘The River.'”

Check out Ed’s performance of “Castle on the Hill” (below).

It wasn’t just his own music that Ed played during his appearance on Wednesday. The singer-songwriter also did his own renditions of 50 Cent’s “In Da Club,” Blackstreet’s “No Diggity,” and Coldplay’s “Yellow.”

Check out video of Ed’s covers concert (below).