The Stern Show staffer has formed social media relationships with the “Full Frontal” host, Natalie Maines, and even Amy Schumer 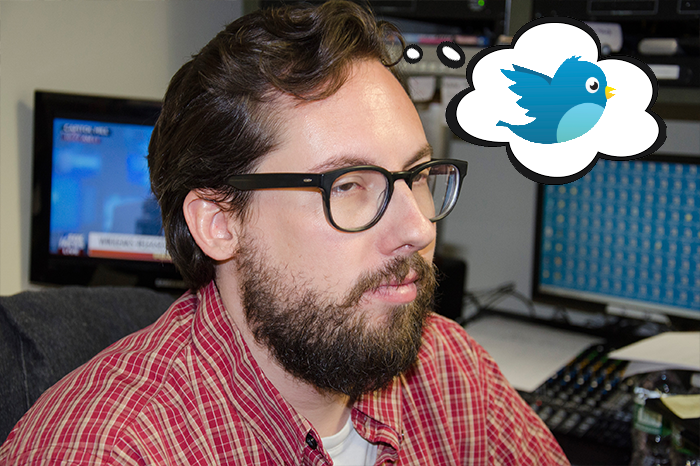 JD Harmeyer has always been a man of mystery. On Wednesday’s show, Howard peeled back another layer of the enigma, discovering that JD has been carrying on some Twitter friendships with certain celebrities, most notably comedian and “Full Frontal with Samantha Bee” host Samantha Bee.

JD came into the studio to clarify the rumors that he has formed something of a Twitter relationship with Bee. “We’ve gotten to be friendly,” the Stern Show staffer said. “We just talk about each other’s shows. She loves us, she loves the show.”

JD has been vocal on Twitter about his love of “Full Frontal,” as evidenced below.

Happy 1 year Anniversary to @FullFrontalSamB: one of the funniest and best researched shows on TV today. @iamsambee is the truth.

JD has evidently been communicating “here and there” with Samantha Bee mostly via Direct Messaging, even attending one of her “Full Frontal” tapings and meeting her afterward backstage. According to JD, the meeting was pleasant but “awkward for me because I make everything awkward in my head.” Despite Howard’s insistence, however, JD does not believe he could hang out with Bee.

At 10:30 on TBS tonight, another great episode of @FullFrontalSamB airs. I should know….I was there. pic.twitter.com/Cz75q7zr0K

“Everything about JD blows my mind,” Robin Quivers exclaimed about this development. JD (who Howard believed should now be called “J Bee”) also told Howard that he would also be attending Bee’s “Not the White House Correspondents Dinner.” Not only that but the Stern Show staffer used his Bee connection to also get tickets for Stern Show Executive Producer Gary Dell’Abate.

It turns out Bee isn’t JD’s only celebrity Twitter friendship, either, as Howard discovered that the Stern Show staffer also communicates with Natalie Maines, Jillian Barberie, Ryan Phillippe, recent Wrap Up Show guest and former-Fox News anchor Anna Kooiman, and even Amy Schumer, again, all via private Direct Messaging. Gary Dell’Abate even speculated that the list was longer. JD explained that he, Natalie Maines, and comedian Jenny Johnson are all huge fans of documentaries and share recommendations privately.

“I don’t do a lot of chatting on Twitter publicly,” JD claimed. However, his Twitter feed suggests otherwise. Take a look at some of JD’s rare public celebrity Twitter exchanges, such as this response from Phillippe and a shout-out from Maines (below).

I’ve seen “Paradise Lost” and “West Of Memphis” is still very much worth seeing. Proud of @1NatalieMaines for her role in WM3 case.

JD explained that these relationships initially form after he notices that a celebrity is following him, as was the case with Schumer. Howard wondered what JD even says to someone like the frequent Stern Show guest.

“I try to play it cool a little bit,” JD said, “just like, ‘Thanks for following me, I’m a fan.'” However, JD clarified that the line of communication only opens if the two participants are following each other, which is why JD doesn’t have high hopes for a friendship with Halle Berry, who he recently followed. “I’m not direct messaging Halle Berry, for Christ’s sake,” JD said.