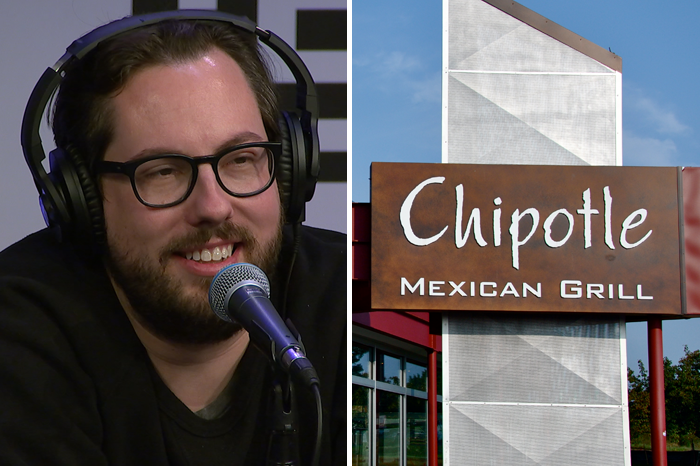 While many Stern Show staffers will be taking their significant others out to elegant dinners on Valentine’s Day, Howard discovered on Tuesday that JD Harmeyer will be observing the romantic holiday with slightly less fanfare.

“We’re getting Chipotle,” JD revealed, adding he and his fiancée will take the food back home before digging in. “It’s her idea. It’s a tradition.”

Gary Dell’Abate thought this was a bit of a stumble on the part of his recently engaged co-worker. “A rookie mistake is sometimes somebody tells you they like something and you get it in your head that that’s what they want to do,” he explained.

JD stuck to his guns, though. “I don’t just, like, wait one day out of the year to, like, go out to eat with her,” he rationalized.

Howard suggested since JD frequently eats fast food, he might consider taking his fiancée out to a nice dinner for one night to make it special.

“Kick it up a notch,” Robin agreed.

One person who came to JD’s defense was his friend and co-worker Jon Hein, who will be taking his wife ice skating on the 14th. “Look, I’m on JD’s side here,” he said. “I get what you’re saying about Chipotle, but they have a tradition.”

Howard wasn’t sold, though. “I think it’s time to start a new tradition,” he said.