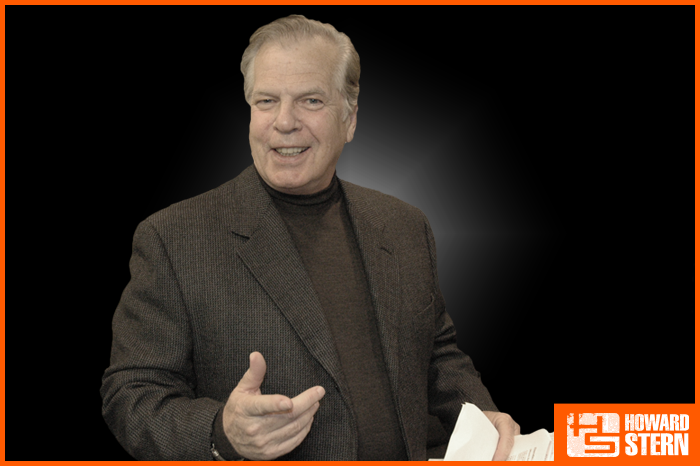 Longtime friend of the Stern Show Mike Walker passed away earlier this month and on Monday morning, Howard took a moment to remember him and the many memorable on-air moments he had over the years.

As a columnist for the National Enquirer, Mike would call Howard once a week to play “The Gossip Game” where Walker presented four stories he was working on, three of which were allegedly true and one that was fake. It was up to those in the Stern Show studio to try and pick the bogus item. Celebrity guests even got in on the fun from time to time — Al Franken, Dave Chappelle, Pink, Flavor Flav, and Michelle Williams all previously played along during their visits to the Stern Show.

“He always acted out his news stories,” Howard said of Mike, whose impressions led to several sound drops that became Stern Show staples. Check out a few of Mike’s most recognizable clips in the audio (below).

It was rare for Mike to make an in-person appearance on the Stern Show, however. Instead, he worked from home and talked over an ISDN line. “One time we heard him playing the conga, for real,” Howard recalled before playing the moment for Robin.

But that wasn’t the only audio inadvertently recorded of Mr. Walker. Stern Show staffer Richard Christy gets credit for discovering Mike passing gas while waiting for Howard to pick up on him one morning.

“For me it was like when Indiana Jones finds the Holy Grail,” Richard said. The way he came across Mike’s flatulence was by carefully looking at the waveform from that day’s audio. Richard remembered noticing a big bounce on the file and figured Mike must’ve fallen out of his chair. Instead, he discovered something much, much funnier.

Without question, Mike will go down as one of the most entertaining figures in the Stern Show’s history and will long be remembered by fans. “Mike Walker, rest in peace. Big part of our show for 14 years and he will be missed,” Howard said in closing.