“It runs in the family,” she tells Howard 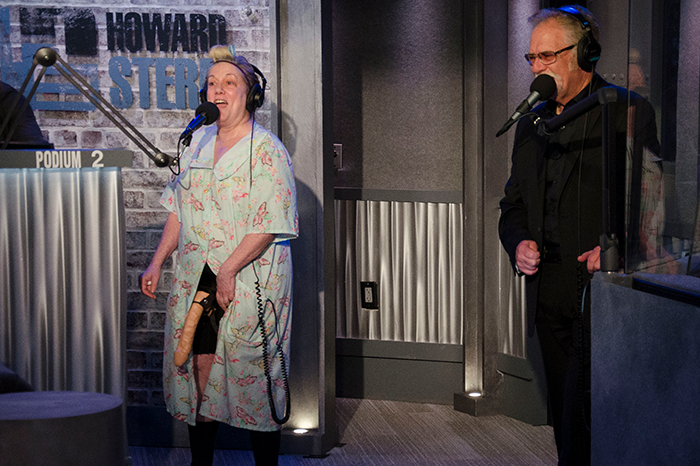 While Ronnie “the Limo Driver” Mund’s story of getting pegged by a woman shocked and excited listeners from all walks of life (including “Broad City” stars Ilana Glazer and Abbi Jacobson who celebrated the revelation on Instagram), there was one person who wasn’t surprised at all — “Ronnie’s Mom.”

Howard has received quite a few brash phone calls from the woman claiming credit for Ronnie’s sexual appetite, but on Monday he finally got to meet her in person.

“Yeah!” the elder Mund screamed in excitement as she walked into the studio for the first time, echoing Ronnie’s delivery of the phrase.

“Ronnie’s Mom” then proceeded to reveal herself to the staff, swinging a giant strap-on out of her housecoat.

Check out the photo (below). 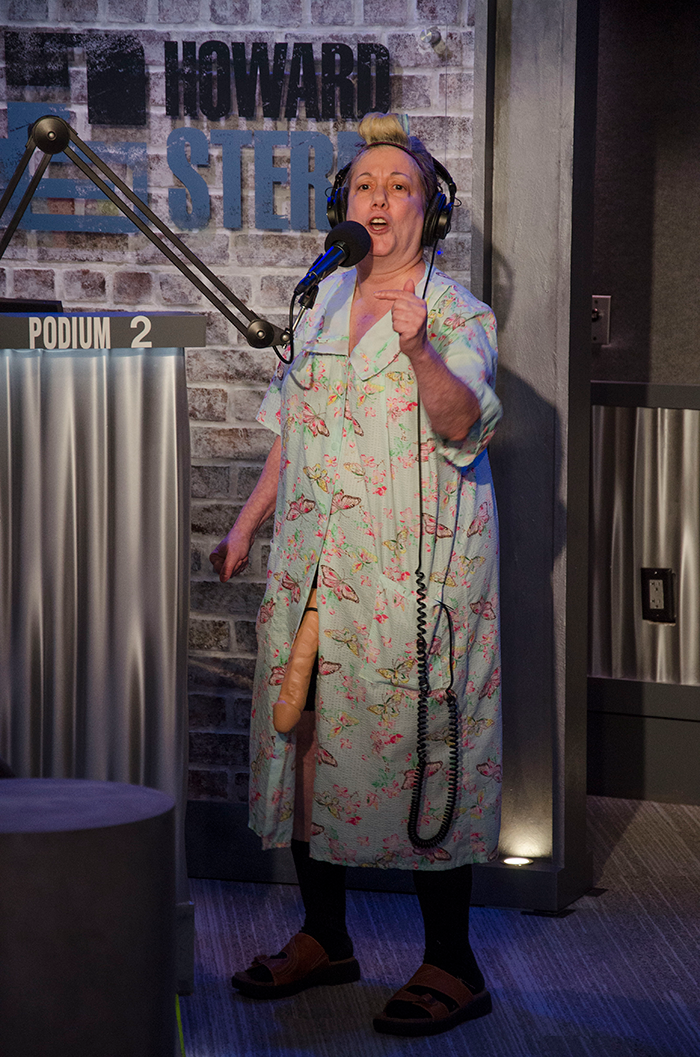