Plus, Howard's limo driver reveals he filmed yet another TV cameo 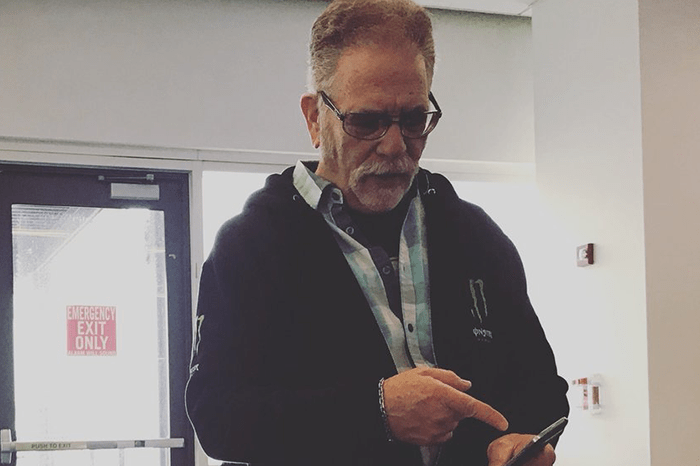 The Stern Show may have been on a break, but it seems Ronnie’s Mund’s Twitter account didn’t miss a beat. On Monday, Howard reviewed the 216 tweets his limo driver fired off over the course of 16 days, joking that it must literally be every thought Ronnie had “because he doesn’t have more than 216 thoughts.”

In fact, there was only one day during the 16-day stretch in which Ronnie didn’t tweet — Feb. 13 — but don’t ask him what he was doing that day. “I don’t know,” he told Howard. “That doesn’t count my direct messages, which they can’t see,” he offered, though. “I get, like, a hundred direct messages every day now from fans that want answers to shit.”

As for the contents of his tweets, Stern Show staffer Jason Kaplan reported many posts were dedicated to defending pictures of his fiancée. “He was getting a lot of shit, people thinking it was his grandchild. He was arguing with a lot of those people,” Jason pointed out.

Additionally, Ronnie retweeted a photo from a few fans who found him out one night at dinner. He recounted for Howard how, after taking down a few drinks, the group asked him to take a picture with one woman celebrating her birthday with a giant phallus-shaped cake. “She had the big cock and balls in front of her and it had whipped cream on the balls,” Ronnie recalled. “So, I just took my hand and I put it in the whipped cream and I just whacked it right in her face and I walked away,” he continued.

Despite the reactions from his co-workers, Ronnie assured them “she loved it.”

And the tweet-storm didn’t end there, either.

“I had a busy two weeks, man … I did a part in a TV show,” Ronnie further revealed.

After detailing his experience reciting a single word as Pallbearer No. 5 in Adam Sandler’s upcoming film “The Week Of,” it seems Ronnie was tapped to play a limo passenger on Investigation Discovery’s “The Perfect Murder.” And this time he had quite a few more lines. Moreover, just as in his “Limitless” cameo, Ronnie decided to make it easy on himself and have his character simply be named “Mundt.”

“I played a guy who was a high roller going to the airport, getting into this limo with a hot chick limo driver,” he explained. Hear Ronnie preview his flirty dialogue (below).

For more insight into the one-of-a-kind limo driver, head over to his Twitter account and see for yourself.