“You betray me and I don’t need that sh-t from somebody who’s supposed to be a friend!” Howard’s stylist tells Chris on Wednesday 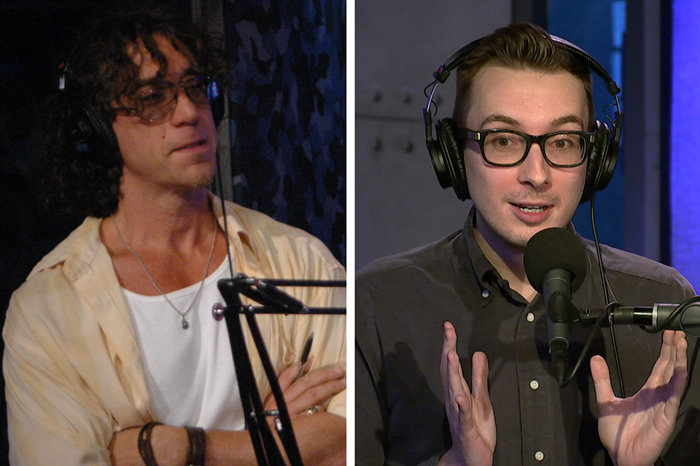 What started out as a true friendship between Ralph Cirella and Chris Wilding seemed to come crashing down on Wednesday. Howard’s stylist called in to share some details he’d recently heard about Chris hooking up with a guy in a movie theater. But while it’s okay for him to talk about others on the air, Ralph apparently doesn’t like hearing anybody else talking about him.

Case in point: last week Chris told Howard about a coughing fit Ralph had while the two were out to dinner. Afterwards, the Stern Show staffer said he received some angry text messages from Ralph who was upset Chris shared the story.

“Dude, you coughed at a restaurant. It’s not that big a deal,” Chris told Ralph. “You just called in and said I got jerked off in a movie theater … I don’t care. It’s the truth.”

Ralph admitted he can be quite sensitive but still considers Chris talking about their dinner a betrayal.

“You want to get airtime so you run in and tell your little stories and it’s fine, but I don’t hang out with people who run around and tell stories about me,” Ralph said.

Chris maintained he wanted to stay friends with Ralph and that he expected this to just blow over. However, Ralph made it clear he had no interest in making up. At least not over the phone this morning.

“You betray me and I don’t need that shit from somebody who’s supposed to be a friend!” he yelled. “Get that through your thick skull, you idiot.”

Ralph then hung up, much to the surprise of Howard.

“Those two were real good friends and now it’s over,” he said in disbelief. “The end of a beautiful bromance.”

“He’s extremely sensitive,” Chris added. “For a guy who really can dish it out, he cannot take it.”