“I’m looking at the size of the lettering ... It’s ridiculous,” Robin Quivers describes with a laugh 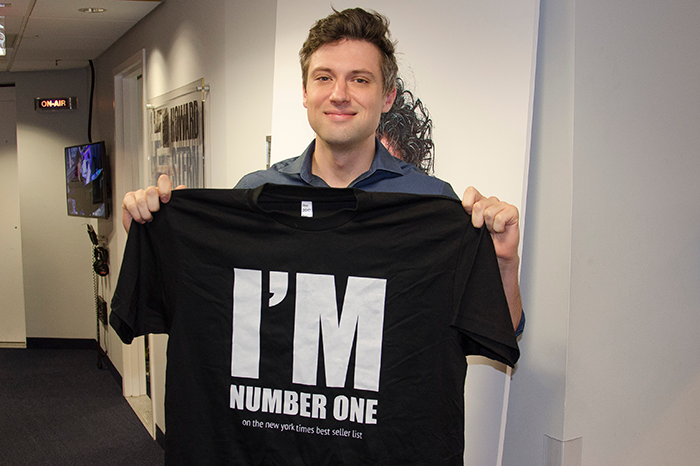 Memet Walker’s misguided gift for Howard generated a major response from listeners and staffers alike on Tuesday’s Stern Show, but it wasn’t until Wednesday that everyone could actually lay eyes on the much-discussed t-shirt for the first time.

“I’m looking at the size of the lettering before you even open it up. It’s ridiculous,” Robin told Howard with a laugh as he unfurled it for her to see.

The Stern Show co-host described how the “I’m” section of the print was far larger than the rest of the words. See it (above.)

Aside from the design, Howard expressed confusion over where his staffer thought he would wear the shirt.

“It’s meant to be worn amongst friends to make them laugh,” Memet tried to explain. “Sometimes there’s wit in having no wit.”

Moreover, Memet also questioned the veracity of an impromptu staff poll from the day prior in which most of his co-workers reportedly voted the shirt was a bit of a stumble.

Will Murray came in studio to explain. “I thought it would be lame to wear the shirt,” he clarified of his position on the matter.

Robin was baffled and suggested Memet take into account the feedback for future ideas. “The most successful people are people who can be contributed to,” she chided him.