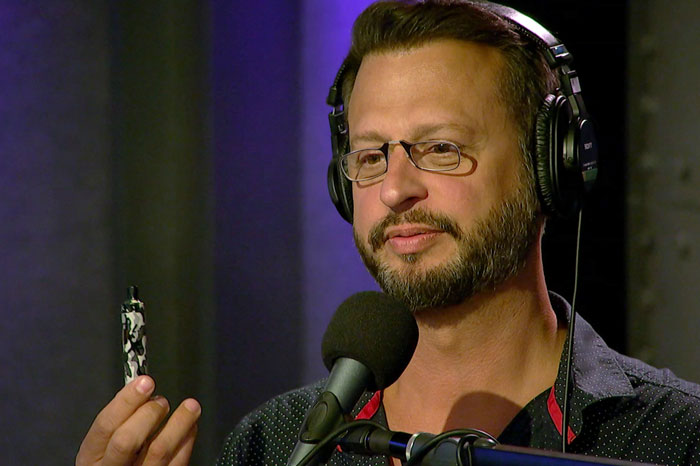 After a dramatic intervention from Howard last week that resulted in Sal Governale swearing off his addiction to vaping, it seems the longtime staffer is back off the wagon … again.

“Sal, anything you want to tell me?” Howard asked on Wednesday’s show.

“I cracked, I vaped this morning,” Sal admitted, after previously owning up to vaping just last Saturday during an evening of drinking and poker. “I’m having my coffee, walking to work. It’s so good with coffee and I’m like, fuck, and I did it,” he continued.

While a defensive Sal tried to explain how difficult quitting is, Howard urged him once again to throw out the vape pen and improve his health.

“You’re not reading in the paper that another fucking guy his lungs collapsed?” Howard questioned.

“I’m not proud of myself,” Sal replied.

Wednesday’s confession comes just one day after Sal swore he hadn’t vaped all week, even while crossing his fingers in front of Jason Kaplan who assumed that gesture meant he was lying.

With Sal’s vape-free clock set back to zero, only time will tell how long he’ll be able to kick his habit this time around.