Bigfoot Calls in to Talk Coronavirus and Helicopter Conspiracies

Bigfoot Calls in to Talk Coronavirus and Helicopter Conspiracies 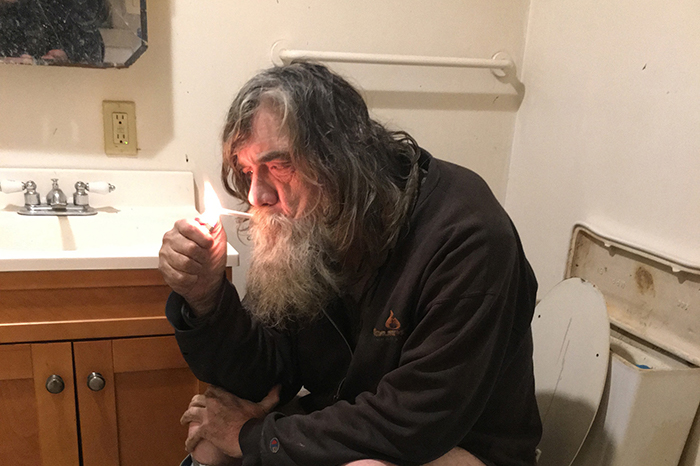 Wack Packer Bigfoot is often challenging to get in touch with but on Wednesday morning he picked up his phone and called Howard to share his conspiracy theories on the coronavirus as well as some helicopters he swears have been following him around. “I’ve been going through a lot of bullshit up here,” he revealed from his Vermont home. “I’ve gotten myself in quite a mess up here, quite the mess. The cops think I have no rights because I’m a celebrity and a movie star.”

Stern Show correspondent Wolfie – who caught up with Bigfoot back in July – was on hand to interpret for the Wack Packer, who can sometimes be difficult to understand. “Bigfoot is being harassed by the local police, the local government, anybody that walks by him on the street and he’s fed up with this,” he explained. “He watches the local news and he hears the president talk about him in secret coded messages and he’s furious.”

Continuing on, Wolfie broke the news that Bigfoot has strong opinions on COVID-19 and how to handle it. “He went to the hospital and he explained to them how the coronavirus is being spread and they took it as a threat,” Wolfie told Howard before breaking down why the Wack Packer refuses to get tested. “Bigfoot is convinced that the coronavirus is on the tip of the cotton swab where they check your nose.”

“I refuse to, Howard. I turned blue twice,” the Wack Packer reasoned when pressed on why he won’t wear a protective mask in public. “You know what blue is? My face goes blue occasionally from breathing so hard or I’m gasping for air.”

When the subject of the helicopters that have been tracking his every move came up, Bigfoot was vivid in his description of the violation to Howard. “They’ve been out there for five nights now,” he admitted. “They have a little red light on the bottom, a little white light in the front, hiding between the trees … he don’t think I see him and I see him every single night.”