“It’s going to be the f-ck-up Olympics like you never saw before,” he said of Stern Show special focusing on Stern Show staffers’ blunders 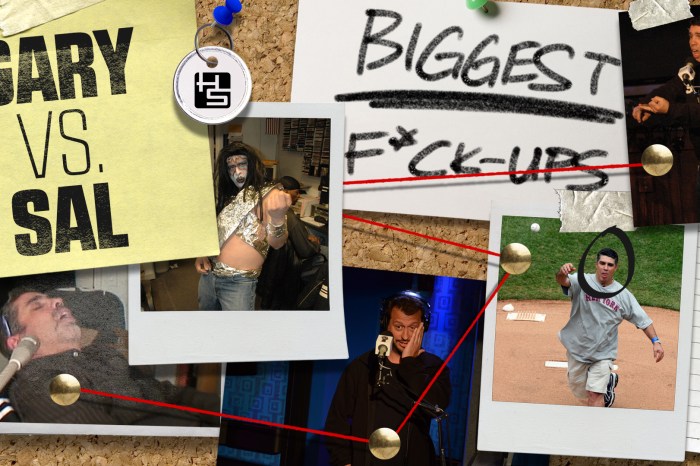 Mispronounced words, inappropriate work behavior, and bad pitches—the list of epic blunders between Stern Show executive producer Gary Dell’Abate and staffer Sal Governale is a long one. But who out of the two is responsible for the greatest fuck-up? On Wednesday, Howard announced that beginning next week, Howard 101 will be pitting some of the duo’s greatest mistakes against each other with fans getting to weigh-in via Instagram.

“it’s going to be the fuck-up Olympics like you never saw before,” Howard joked.

“It may be Gary for more but for biggest? I would say Sal has to have the biggest fuck-ups,” co-host Robin Quivers pondered.

Listen to Gary and Sal’s gaffes all next week on Howard 101 and cast your vote via the Stern Show’s Instagram.