Howard and Fred Norris Talked Guitars, Walks, and Empty Nests Over the Break

Howard and Fred Norris Talked Guitars, Walks, and Empty Nests Over the Break

“[The conversation was] kind of like Halley’s Comet: Once every 70 years and ... beautiful,” the Stern Show’s longtime sound effects extraordinaire says 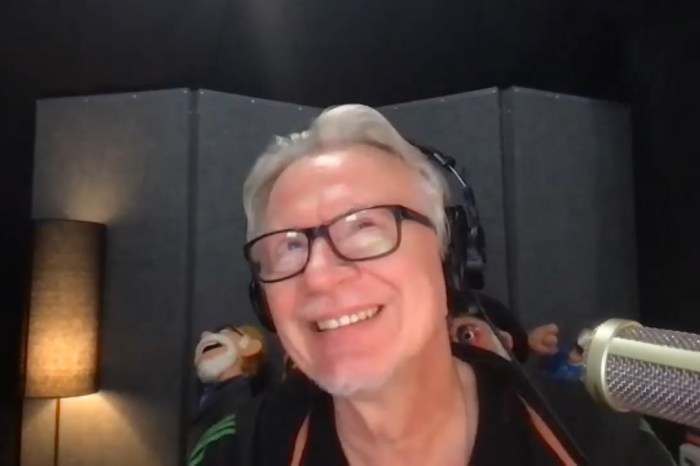 It seems absence really does make the heart grow fonder.

On Monday morning, Howard revealed he called up Fred Norris over the break to catch up with his longtime friend and colleague about a variety of subjects ranging from musical instruments to family life.

“Yeah, that was weird. I missed Fred,” he confessed to co-host Robin Quivers.

“Is that the first time that’s happened?” she responded with a laugh.

“That’s like those bugs, those cicadas … Every 17 years I call Fred,” Howard said. “And it was nice for a while to talk to Fred.”

Fred then came on the air and revealed their chat had been good for him, too. “It was really nice. [It was] kind of like Halley’s Comet: Once every 70 years and it was beautiful,” he said, explaining they even entertained the notion of going on a walk together at some point in the future.

The summer correspondence had begun with Howard asking Fred for advice about what kind of guitar to give his brother-in-law as a gift. “Fred sent me back this really detailed analysis, asking questions about [my brother-in-law] and his abilities,” Howard recalled.

Fred ultimately advised Howard to buy his brother-in-law a Seagull, a handmade Canadian acoustic Fred believes are especially useful for beginning and intermediate guitarists. “I bought one for my daughter years ago. They’re just a beautiful guitar,” Fred said.

Speaking of his daughter, Fred also revealed Tess had recently left for college. Like Howard, he too now had an empty nest at home.

“I miss that she’s not here,” Fred confessed. “Just knowing that she’s down the hall made me feel good.”