Gary Dell’Abate Is Backing Out of Richard Christy’s Punishment

Gary Dell’Abate Is Backing Out of Richard Christy’s Punishment

“I don’t know what I expected but I didn’t expect that,” Stern Show executive producer says after seeing defiled Chiefs hat 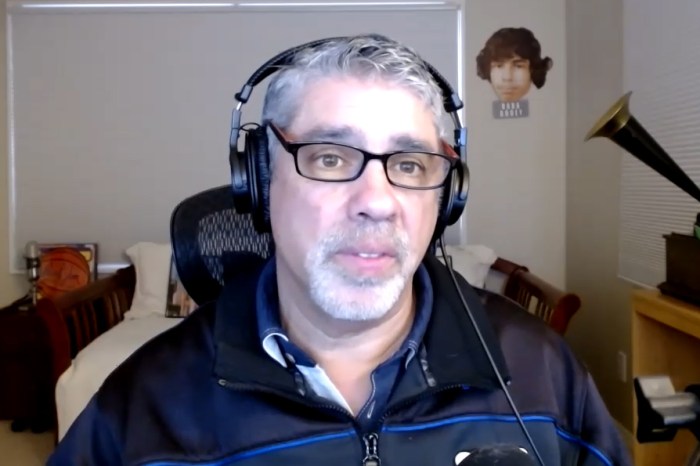 Richard Christy’s beloved Kansas City Chiefs hat—which is set to be ejaculated on by several Stern Show staffers after he lost a bet with JD Harmeyer—has landed in the hands of Sal Governale. The results are already ugly.

“I’m going to throw up,” Howard said after seeing evidence of Sal’s work on Tueday. “I have never, ever come close to throwing up on the air.”

“I can’t even look at it on video,” Richard added. “How the fuck am I going to put that on my head?”

Perhaps most affected by the aftermath was executive producer Gary Dell’Abate, who realized he no longer wants any part of the stunt. “I’m going to make a big announcement—I’m tapping out,” he announced. “It’s not coming to my house, that thing is … disgusting.”

His revelation resulted in an immediate backlash. “You don’t fucking make a commitment and then back out,” a perturbed Howard noted.

“This might be Gary’s greatest fuck-up ever,” Howard’s stylist Ralph Cirella said over the phone.

“What’d you think, I was going to smear it with chocolate?” Sal jokingly added.

Al Michaels on the Late John Madden, Tom Brady’s Retirement, and the Next Chapter in His Own Storied Career