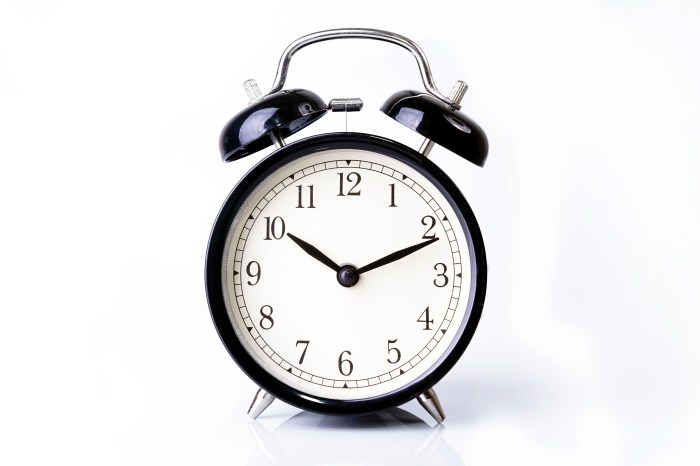 An impromptu interruption at the top of the show led to a surprising revelation on Monday—co-host Robin Quivers uses several phone alarms in the morning to help her get up. “That’s my wake-up alarm but I let it keep going, making sure I get to the show,” she revealed to Howard after it could be heard in the background. “That’s a snooze. I let it snooze forever.”

“I never set it for snooze,” Howard said in disagreement over Robin’s practices. “When my alarm goes off, I jump out of bed.”

As it turns out, that alarm is just one of many. “You don’t even understand, I have three alarms set,” Robin admitted. “I have one alarm that wakes me up an hour before I have to get up because I like to know I still have an hour. And then I have one that wakes me up a half an hour before I get up and that gives me another burst of, ‘Oh, I still have 30 minutes.’ And then I have that one.”

Robin, who has never been late to work, noted that she never actually hits the snooze button but instead has the alarm continuously going in the background. “I go and do whatever I’m doing but, if I were to fall asleep before I get up, the snooze is there for me,” she said. “Or, if anything happens or if I lose track of time, it’s telling me I’m getting ready for work … It’s working for me.”

Ronnie Mund Plays ‘What’s My Sexy Secret?’ With a Caller From Down Under