“It’s Steve Aoki, 50 Cent, and then me,” the Stern Show’s executive producer declares 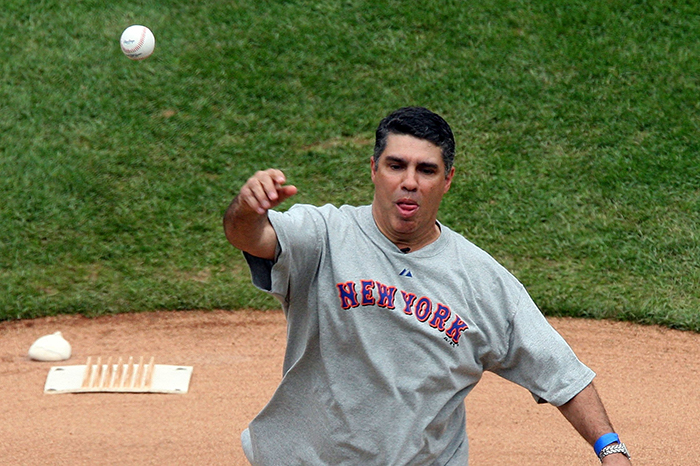 Over a decade after Gary Dell’Abate took the mound at Citi Field and tossed out a first pitch so awful he never imagined he’d live it down, the Stern Show executive producer’s notoriety may finally be dwindling.

During Monday’s baseball game between the Astros and Red Sox at Fenway Park, renowned D.J. Steve Aoki threw a bad first pitch of his own that went so high it landed on the net above the crowd. Howard wasn’t surprised to see it on the news when he woke up Tuesday morning. What did surprise him, however, is the one detail the news segment left out.

“They go, ‘Wow, that was the worst first pitch,’” Howard recounted. “Then the woman goes, ‘I got to tell you, there’ve been a lot of bad pitches,’ and I thought Gary’s name was going to come up, but she spared him.”

Gary wasn’t so sure. “[My name] has come up in plenty of other places,” he told Howard. “According to most people, I’ve dropped to number three. It’s Steve Aoki, 50 Cent, and then me. But it’s only been 13 years.”

While one could debate whose pitch was worse, Howard thought there was no debating Gary made a boneheaded decision back in 2009 when he agreed to take the mound in the first place.

“Unless you’re a very accomplished player, I don’t see what the upside is—and I told Gary that. But he said, ‘No, it’s my dream, boff.’” Howard said, adding, “People say yes to everything. I try to tell people ‘no’ has a powerful position in our lives.”

“Gary’s a dreamer,” Howard continued. “You know what I said to Gary once? I pulled him aside and said … ‘Too much dreaming and not enough working.'”

“That’s what he was doing that day he fell asleep in the office,” Robin laughed.

“I feel bad for him, but he is stubborn [and] he never listens to me,” Howard concluded. “I don’t know everything, but I know everything about Gary—and I predicted disaster.”