“You can even just play that intro and I’ll start crying,” Stern Show staffer says moments before tearing up 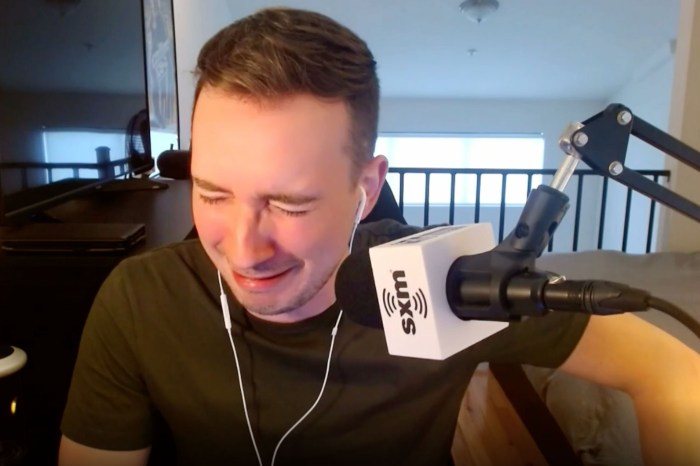 In his recent Stern Show debut, Post Malone revealed much about his life and career. However, it wasn’t until Tuesday that Howard discovered something about the singer’s monster hit, “Circles”—it causes staffer Chris Wilding to cry. “That song encompasses that relationship so perfectly,” he explained to Howard of a past partner that comes to mind when he hears it. “Even talking about it I’m getting emotional … You can even just play that intro and I’ll start crying.”

Chris wasn’t lying. Just seconds into the track, the tears started to flow. “He’s full-on crying,” Howard noted before responding directly to his staffer. “Why didn’t you tell me this when Post Malone was here? … He would have loved it.”

“I don’t even know if that’s supposed to be a sad song,” Chris admitted. “It’s a bizarre reaction.”

When Howard played the song a second time, it garnered the same response. “It’s such a beautiful song,” the staffer remarked before detailing the power music can have on him. “Smells and songs trigger me, man, and I can hear a song I haven’t heard in a long time, and it can just totally send me back to a point in time in my life.”