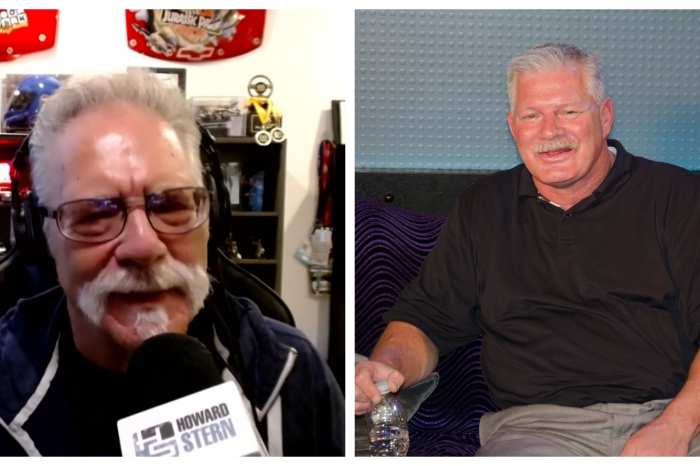 Individually, both Ronnie “the Limo Driver” Mund and former MLB player Lenny Dykstra have bragged about their sexual prowess on the Stern Show. Soon, the two so-called “sexperts” will battle for bragging rights in a game of sex questions called “Jeop-Horny.”

“My money’s on you,” Howard told Ronnie Tuesday morning of the contest, scheduled to happen next week. “Lenny was a great baseball player, don’t get me wrong. But it doesn’t mean, Ronnie, he’s the perviest man in America. I believe you will hold the title.”

“I don’t know man, this guy’s pretty fucked up,” Ronnie said in response. “Should be interesting … I think Lenny takes shit in his ass too.”

Speaking of sex, Howard’s former driver admitted to a recent scare he had while being intimate with fiancée Stephanie in the shower. “I had the weirdest thing happen to me on Sunday,” Ronnie announced. “When I blew my load, I guess it was from the blood rushing down to my dick and the fuckin’ hot water from the shower, I got all fucking lightheaded … It was fucking crazy.”

The episode was alarming, but Ronnie persisted. “It almost knocked me out, I almost fell down on the floor,” he recalled before adding, “I made sure I finished … I was like wobbly for a minute and then I was fine.”