AUDIO: Wolfie Discovers What Some Phillies Fans Would Have Done for a World Series Win

AUDIO: Wolfie Discovers What Some Phillies Fans Would Have Done for a World Series Win

“I would put my penis on a f-cking hoagie and eat it,” one Philly fanatic admitted prior to Game 4 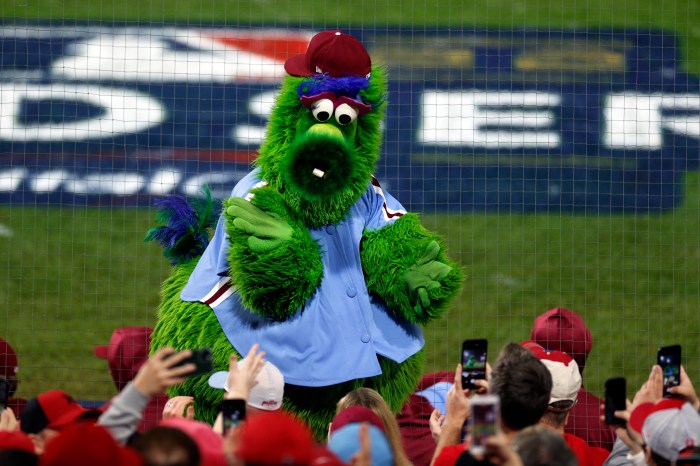 Philadelphia sports fans are known to be a rabid but loyal base, but Stern Show staffer Wolfie recently discovered just how far some would go to support their team. Prior to the start of Game Four of the Phillies’ World Series matchup against the Houston Astros, Wolfie spoke with some hardcore fans outside of Citizens Bank Park and, though the team ultimately lost, it was not due to a lack of enthusiasm from their supporters.

When the Stern Show staffer asked one fan if he’d be willing to lose a testicle if it meant a Philly championship, he took it a step further. “I would remove both of them and remove my dick for the Phillies to win this fucking World Series,” he admitted in the audio Howard played on Tuesday morning. “I would put my penis on a fucking hoagie and eat it.”

“That was the mayor of Philadelphia,” Howard joked.

Another fan reflected on their arrest at a Phillies game once. “I shit my pants and then was running around naked,” he said of his reaction to accidentally defecating before around 10 police officers finally stopped him.

One gentleman also noted a harrowing bathroom story, one that had actually just happened to him moments earlier. “I had to piss in a Gatorade bottle coming up in here because the traffic was so fucked up … I was all messed up, I had to wipe the seats off,” he confessed before adding he would also go through castration for a win. “I’d cut my nuts off — Philly all day.”

Check out more thoughts from Phillies fans (below).