Madonna Talks Her Rise to the Top, Dating Tupac, and Her Infamous VMAs Performance During Her First Interview With Howard 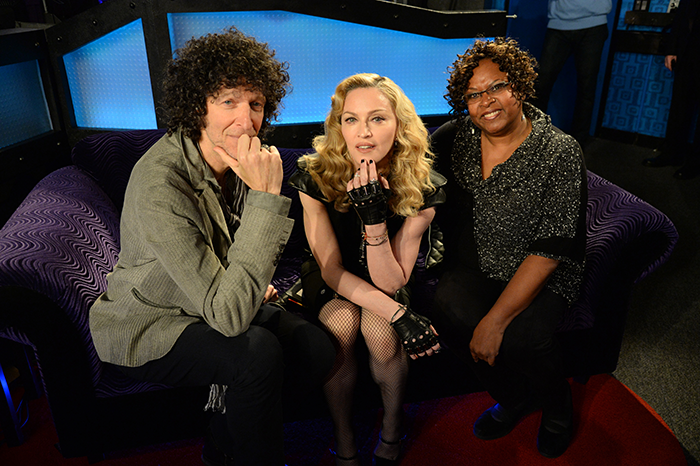 An interview 30 years in the making, music icon Madonna stopped by the Stern Show studio this morning to chat with Howard about her new album “Rebel Heart” and so much more!

As to be expected, the Queen of Pop had plenty to say, revealing everything from her rise to the top to her dating life. 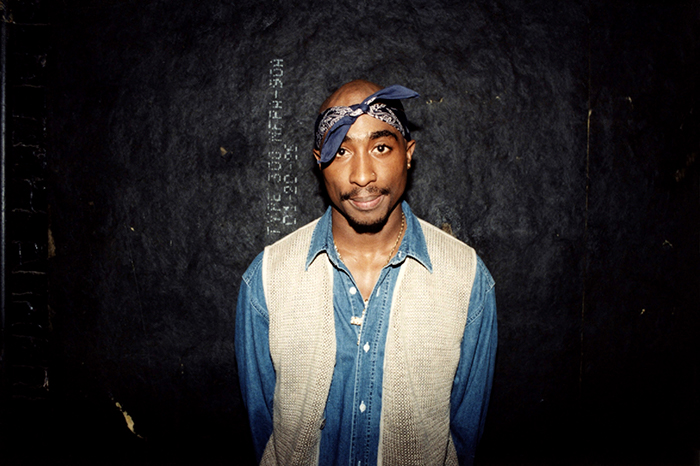 While discussing her infamous March 1994 appearance on “The Late Show with David Letterman,” Madge confirmed to Howard a long-standing rumor that she dated rapper Tupac Shakur. 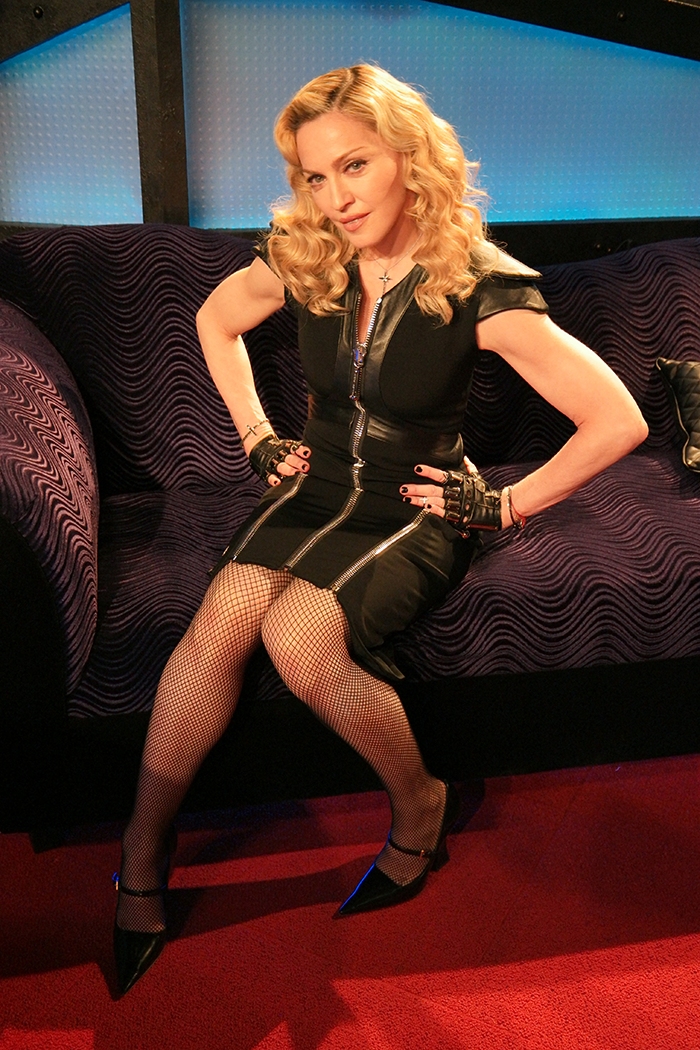 Arriving in New York City in the summer of 1977 with just $35 in her pocket, a teenaged Madonna was dropped off in Times Square wearing a winter coat. When a male stranger inquired about her wardrobe selection, the star explained she had nowhere to live, leading to him offering her a place to stay. Fearless as ever, Madonna accepted. 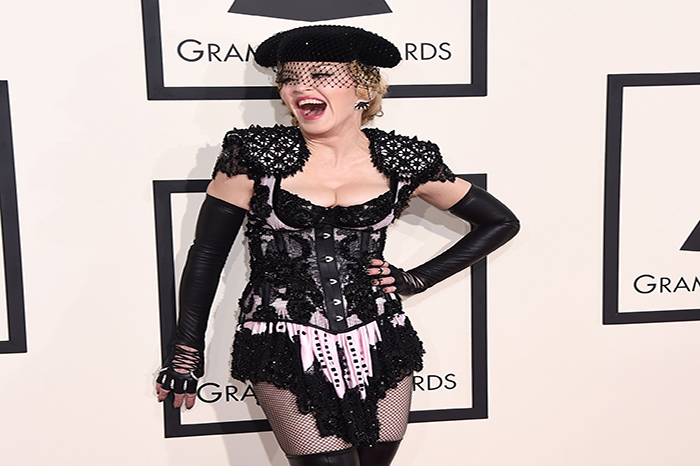 After just one week of employment, Madonna was let go from her job at Dunkin’ Donuts for horsing around with the jelly-squirting machine. Admitting to a proclivity for doing the “opposite of what people tell [her] to do,” the singer was also dismissed from her hat check gig at the Russian Tea Room for wearing fishnets. 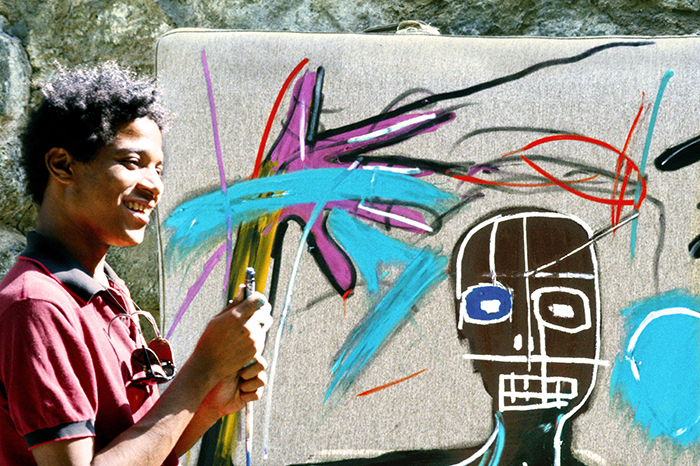 Madonna once dated legendary painter Jean-Michel Basquiat, though she broke it off due to his heroin addiction. Once the pair split, Basquiat took back and painted over in black the many paintings he had given the singer. For perspective, a 1982 Basquiat sold for $110.5 million in 2017, breaking the record for any American artist.

MADONNA AT THE VMAS

Madonna’s now-infamous performance of “Like a Virgin” on the very first MTV Video Music Awards wasn’t the calculated shocker it appeared to be. In truth, Madonna simply lost her shoe and out of instinct crawled around on the floor, resulting in the world getting a view of her underwear. Ironically, people actually told the star her career was over.

Feel like a kid on Christmas: @Madonna is on @HowardStern at 1!

MADONNA AND MIKE AND ROBIN AND SEAN 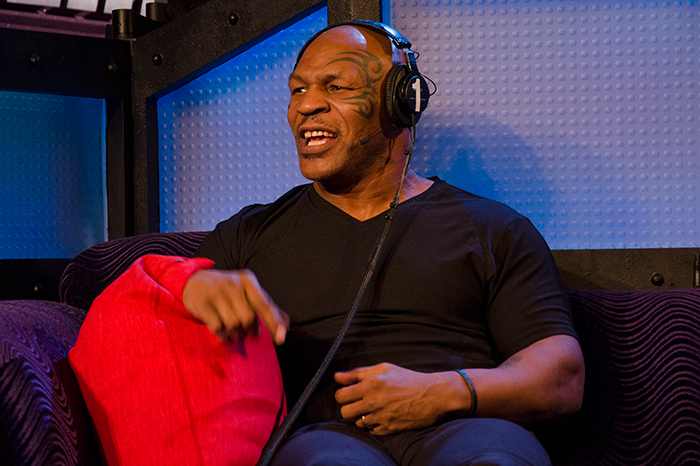 Long ago, when she was still married to Sean Penn, Madonna met former heavyweight champ Mike Tyson, who now appears on her new record. Back then, Mike was still with Robin Givens and the couples even went on a double date once, in which Madonna said both men wound up getting inebriated. 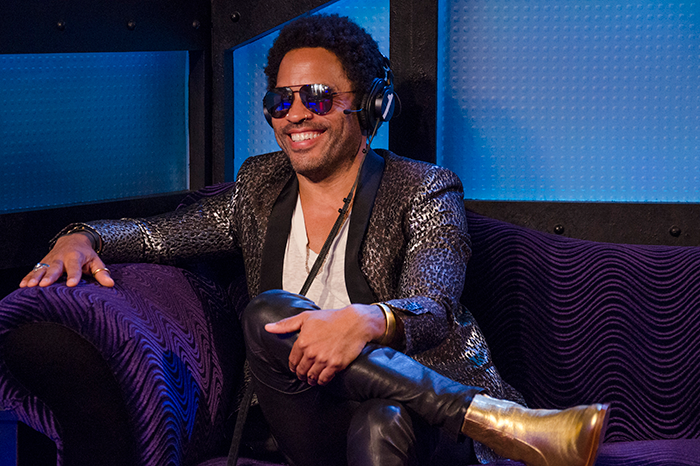 Madonna admitted to lusting after rocker Lenny Kravitz when the two wrote the 1990 hit “Justify My Love” together. While Howard imagined the two of them having good-looking offspring together, they were able to produce beautiful kids without one another. 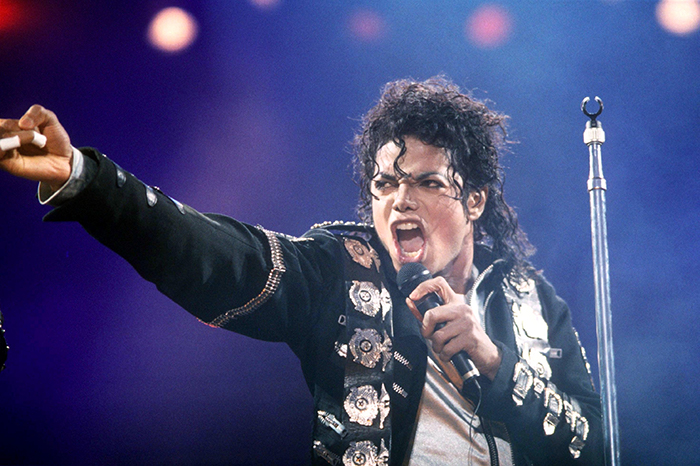 Casual friends with Michael Jackson, Madonna brought the King of Pop as her date to the Oscars in 1990. While they could relate to each other as two of the biggest stars on the planet, Madonna admitted Michael was insecure and painfully shy that night.

Madonna was responsible for signing Alanis Morissette to her record label Maverick and releasing her smash hit album, “Jagged Little Pill.” In fact, she recalled watching Alanis at the offices with an acoustic guitar, performing some of the songs that would eventually make the album. 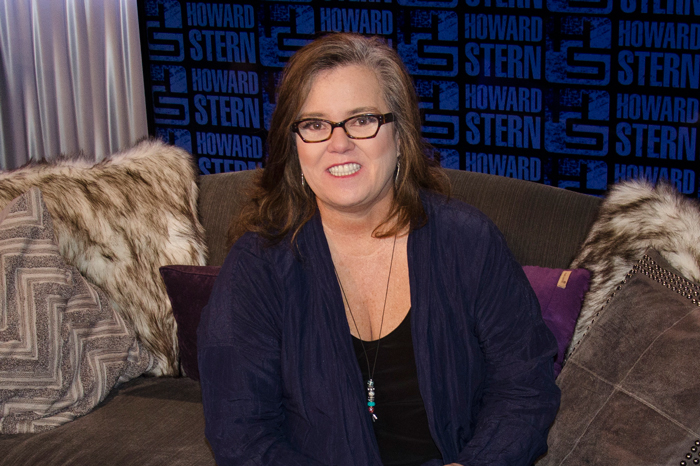 Having worked together on “A League of Their Own,” Madonna’s friendship with Rosie O’Donnell remains to this day. In addition to having lost their mothers at young ages, other bonding points include adopting children and both having a similar sense of humor.

And that’s not all Madonna and Howard talked about. Check out the FULL audio of their interview (below).