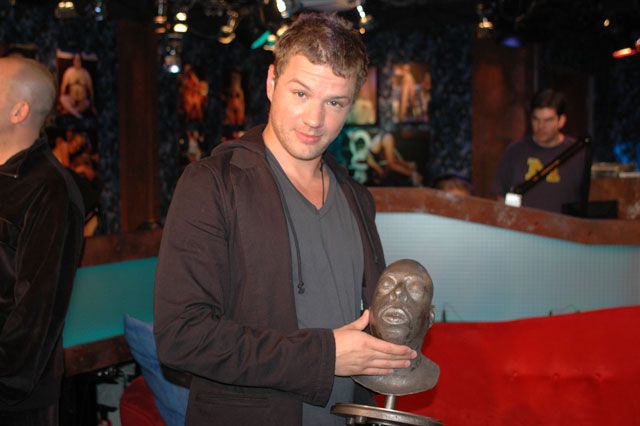 Take a second to appreciate the actor’s often-unappreciated cool

One look at Ryan Phillippe’s resume and you have to ask yourself, “Why doesn’t this guy top every ‘Most Badass’ listicle on the internet?” It’s baffling when you consider how consistently the Secrets and Lies star has gone that extra mile, quietly going above and beyond no matter what role he’s asked to play, what objects he’s asked to insert, or whose lap he’s asked to grind on.

It’s time to give Ryan his due…

HE’S NOT AFRAID TO POKE FUN AT HIMSELF

This past February, a small theater company from L.A.’s Rockwell Table & Stage opened “Cruel Intentions: The Completely Unauthorized Musical Parody.” What did Phillippe do when faced with the idea of seeing some struggling actor mock his iconic role in song form? A role he reportedly got so into he actually threw up filming an emotional scene for?

He bought a ticket and even posed for photos with the cast backstage. No egos here.

IN FACT, HE’S NOT AFRAID OF MUCH

Some define “fearless actor” as Tom Cruise hanging off the Burj Khalifa, but that honor should go to Phillippe for being one of the few straight male actors who doesn’t flee from homosexual characters like they carry Gypsy curses.

Not only did Ryan portray the first openly gay teen character in daytime soap history during his salad days on “One Life to Live,” he then had no problem tongue-kissing Breckin Meyer (in a scene that was ultimately deleted) in the disco glam semi-biopic “54” – all without an ounce of concern that people might

You’ve just worked with Clint Eastwood on the epic World War II film “Flags of Our Fathers” and achieved critical acclaim for your efforts. You then co-starred with Oscar-winner Chris Cooper in the serious political drama “Breach” and took on a dark role in the Iraq War-themed “Stop-Loss.” Where do you go from there?

If you’re Ryan, you stick celery up your ass in service of a film based on a 30-second Saturday Night Live sketch because WHY NOT? Excited to break into more comedic work, Phillippe joined the cast of “MacGruber” and have exactly zero f*cks in the process. That’s hero’s work. 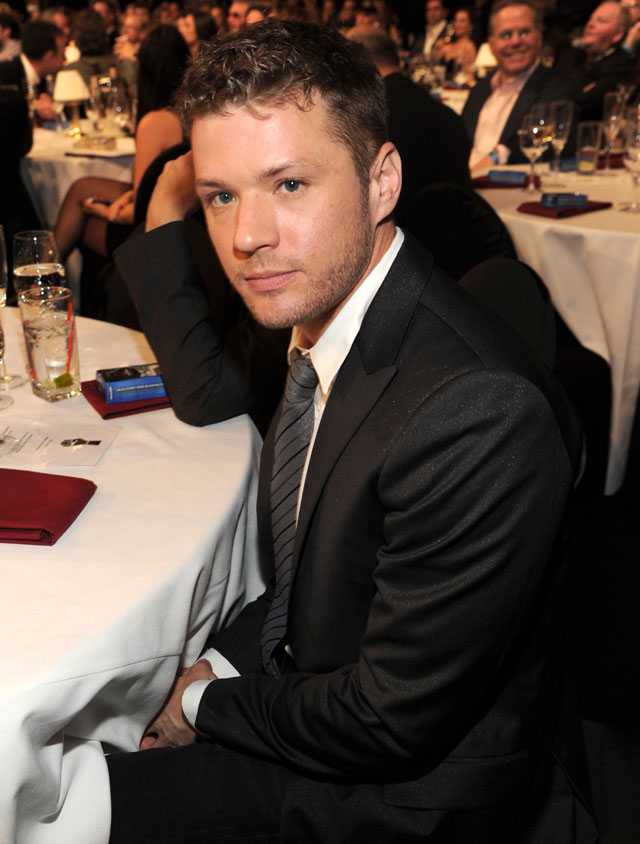 HE EARNS PROPS ALL OF “WAY OF THE GUN”

How does a guy go from portraying non-caricature gay characters to delivering the line “Shut that c*nt’s mouth before I come over there and f*ck-start her head” before punching Sarah Silverman in the face and still remain likable? When they dive in as thoroughly as Phillippe does.

The opening scene of the Tarantino-esque shoot ’em up “Way of the Gun” has achieved cult status for being just so, so hilariously wrong and for showcasing Phillippe’s range as he shifts gears into a grim, morally dubious badass – not bad for a dude who graduated from the Barbizon Modeling School.

In terms of “degree of difficulty,” this hook up deserves a 10.

In 1997, Ryan got himself invited to Reese Witherspoon’s 21st birthday party – one of those monumental birthdays where you expect to hold court as friends and family ply you with sweet, sweet legal booze. And yet, Ryan managed to charm himself into some quality one-on-one time with the lady of the evening, essentially pulling her away from her own celebration to the point where she allegedly told him “I think you’re my present.” Boom! Cut to: Marriage and two kids. That’s how it’s done, fellas.

Bonus cool points: Ryan appeared in Cruel Intentions with none other than our own Fred Norris

HE’LL SHOW UP WHEN ASKED

Back in the day, bands used to make things called “music videos” (ask your grandfather) – and often these “music videos” would like to feature celebrity cameos. So when Outkast needed someone to play “TV Host” for their “Hey Ya” video, they dialed up Ryan and he responded with “what time should I be there?” (we assume). There are no small parts, only small actors.

HE CAN’T EVER BE CONTAINED

As we’ve learned, when you ask Ryan to do something, the extra mile is understood. So when the Stern staff brought him onstage to fete Robin at Howard’s award winning 60th Birthday Bash, they should have known this guy was going to do more than smile and wave for the crowd. He did what so many Stern show callers have longed to do – strip down and grind himself all over the lovely Ms. Quivers. You asked for the Phillippe, you got the Phillippe.