"For me it was a life-changing album," the Stern Show producer says 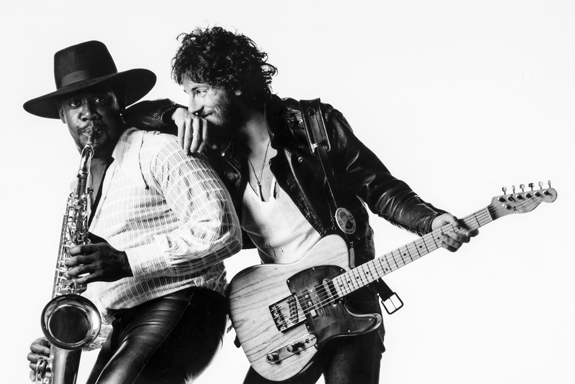 This week marked the 40th anniversary of the seminal Bruce Springsteen album – and one of the greatest albums in rock and roll history – “Born to Run.” We asked Stern Show executive producer and diehard Bruce fan Gary Dell’Abate to tell us what that album meant to him and, not surprisingly, he had a lot to say:

I’d first heard of Bruce Springsteen when I was in 9th grade. I walked by some kids in the neighborhood who were wearing leather jackets and standing on the corner singing a song. I remember hearing the lyrics:

“Chrome wheeled, fuel injected, and steppin’ out over the line…

Baby this town rips the bones from your back.”

It was totally different from the other music I had heard. I asked what song it was and they said “Born to Run.” 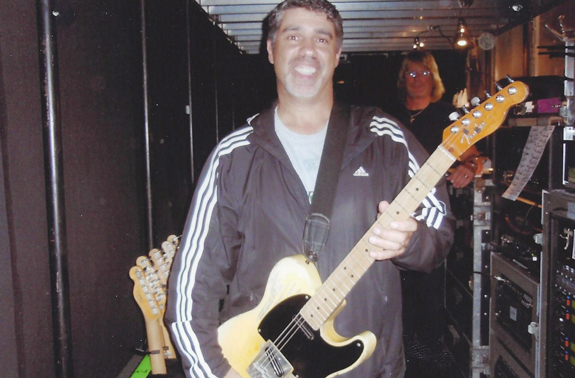 I had mostly listened to AM radio hits up to that point. I liked Led Zeppelin too – and I still do – but that was almost more like music to rock to. I went home and called the radio station WPLJ and requested “Born to Run.” They played it 15 minutes later and I remember thinking it was so cool that I got the radio station to play a song that I wanted to hear. I realize now that they probably played “Born to Run” because 500 other people must have called with the same request.

Anyway, that was probably in the fall, so I put the “Born to Run” album on my Christmas list. My brother got it for me along with a bunch of other records: Jefferson Airplane’s “Red Octopus” and Pink Floyd’s “Wish You Were Here” among them. I wore that “Born to Run” record out. I really became enamored with every single song on the record. For me it was a life-changing album.

I grew up right near where Billy Joel had grown up and you’d think that he would’ve been the guy I really identified with. I love Billy and I do identify with his music, but Springsteen brought me into a world I didn’t know and made me understand it. Later on, I became a huge Phil Spector fan and the song “Born to Run” is Bruce’s imitation of Spector’s incredible Wall of Sound production technique. It just sounds different and bigger than anything else in rock and roll.

I’ve bought countless copies of “Born to Run” in every available format over the years. I’ve got the original worn-out copy, then I got another copy, then it came out on CD, then a remastered copy, then a vinyl box set and on and on. There was a misprint on the first pressing of the album – it credits ‘John Landau’ as the producer instead of ‘Jon Landau’. Once the mistake was discovered, they covered the remaining copies with a sticker, then they eventually corrected it on later printings of the album jacket. I’ve got all three versions – the misprint, the sticker, and the correct spelling.

In fact, I probably have more copies of “Born to Run” than any other record. 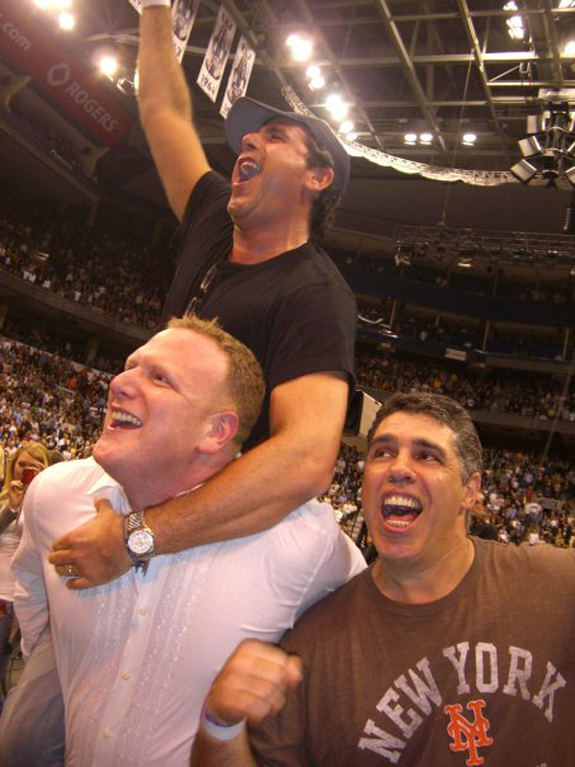 That was 40 years ago and it was the beginning of a long relationship. Yes I have a relationship with Bruce the way that fans of the show have a relationship with Howard. They feel a connection and they feel like they know him. I feel the same way. In fact about 10 years ago I was seeing Bruce so much in concert and talking about him so much at the dinner table that Lucas (who was 7 at the time) asked me, “Dad….are we related to Bruce Springsteen?”

I met him once for about 15 seconds and took a picture with him. I didn’t say anything at the time because it all happened so quickly. But if I met him tomorrow, I would simply say, “thank you.” 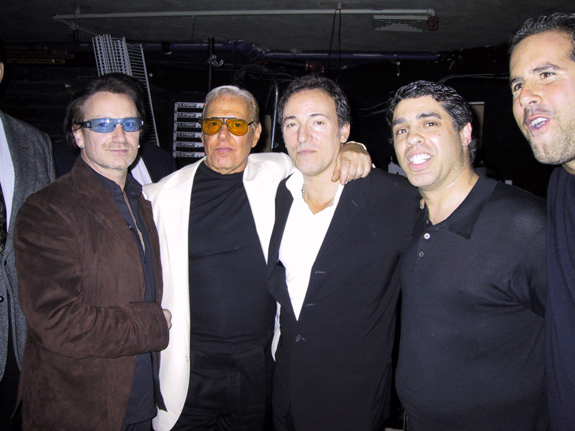 I didn’t get to see Bruce live until 1980. He came around before that, but tickets were way out of my price range. I finally got to see him at Nassau Coliseum, which was walking distance from my house. We were in the second-to-last row directly opposite from the stage – literally as far away from Bruce as you could be. But the minute he started playing, I felt like I was in his living room. The guy is a master. 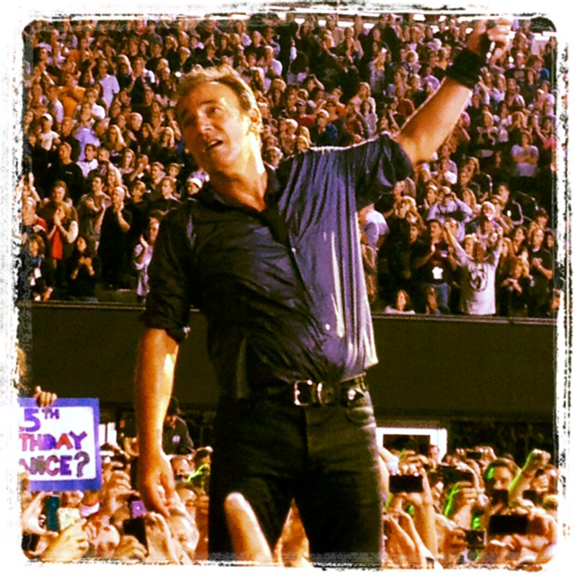 Gary’s view of Bruce from the pit at MetLife Stadium

Since then, I’ve seen Springsteen 70 or 80 times live. The one song that is always on the setlist and always will be is “Born to Run” (or ‘BTR’ as it reads on Bruce’s setlist.) Sometimes I get sick of hearing it and sometimes it makes me feel just like the first time I heard it but hearing it always takes me back to the album that changed my life.