The heated opponents are set to take their battle to the ring -- but will it even happen?

Tonight is the night — the “celebrity” boxing match of the year has finally arrived! Patricia “Tan Mom” Krentcil and former police officer Kayla Vas are scheduled to settle all of the trash talking of the past few months in the ring with their fists.

Tan Mom and Kayla came by the Stern Show earlier in December to promote the fight and it was clear tensions were at a breaking point as the two hurled insults back and forth.

But as it stands today, we’re not quite sure if the fight will happen. Tan Mom has been taking to Twitter telling fans her “health comes first” and that she has fallen ill unfortunately. Kayla maintains that Tan Mom is simply a “silly clown.”

Will they fight? The only way to know for sure is to tune in live tonight where the fight will be streamed live from the Wyndham Garden Hotel in Essington, PA at 8:30pm on TUFFTV.com! 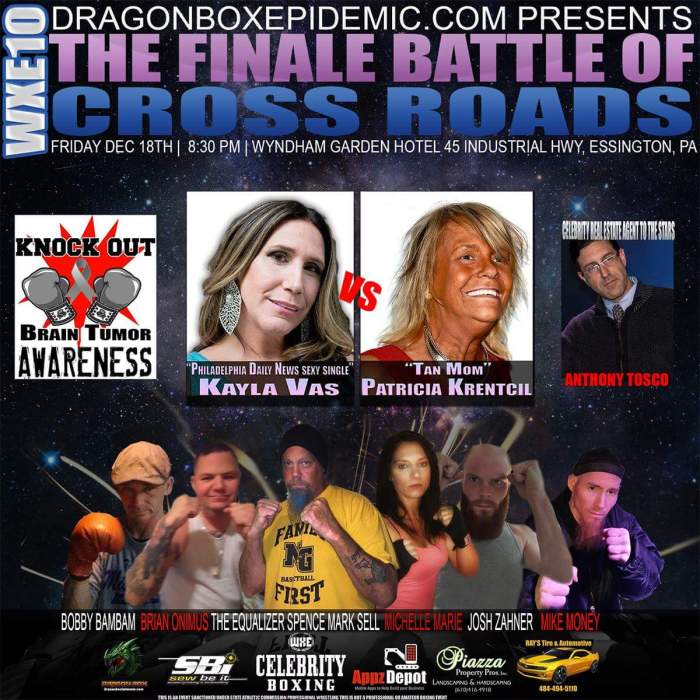