These Stars Were Touched by a Comedic Angel 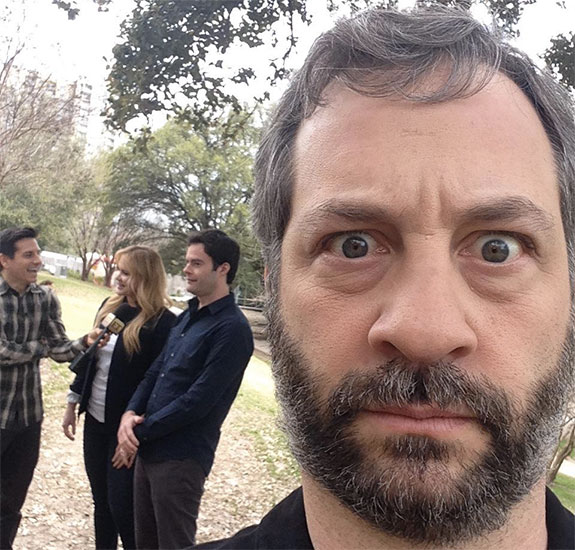 If someone approaches you at the mall and says they work in Hollywood and want to make you a star, you should run away. Fast. Unless, of course, that someone is comedy kingpin Judd Apatow, because his eye for talent is the best in the biz.

Remember his critically adored TV shows “Freaks and Geeks” and “Undeclared”? The cast members were relative unknowns before Apatow discovered them — now the majority of them are huge freaking stars.

In honor of the talented writer, director, and producer’s appearance Tuesday on the Howard Stern Show, we have compiled a list of the more impressive careers Apatow has helped forge: 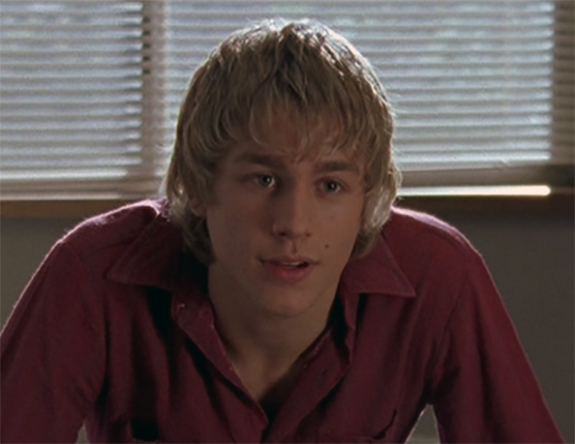 Before Charlie Hunnam played a bad-ass American biker on “Sons of Anarchy,” he played a foreign hottie named LLoyd Haythe on Apatow’s “Undeclared.” Sure, the actor had found a little success before his run on the Fox comedy — most notably on BBC’s “Queer As Folk” –but Apatow gave him one of his first beak breaks on U.S. television.

Howard asked Apatow whether he was surprised by Hunnam subsequent rise to stardom: “Not at all,” Apatow responded. “Charlie is one of the most handsome men you will ever meet.”

But Apatow revealed Hunnam was actually uncomfortable with the pretty boy label and tried distancing himself from that image on set. For example, he’d constantly grow out some beard scruff. Now we know what inspired his “Sons of Anarchy” look! 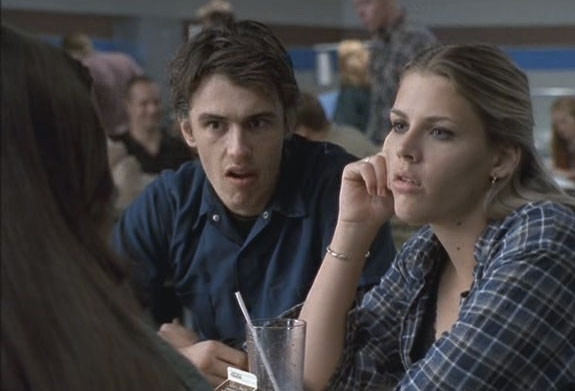 These days James Franco is one of the biggest stars on the planet. But in 1999, before Apatow cast him on “Freaks and Geeks,” he was just a ridiculously good-looking guy who had once starred with Elvis in a Pizza Hut commercial. Franco’s hilarious stoner character Daniel had many of the show’s best lines and it’s no surprise that he never hurt for work after NBC canceled the show. Franco’s career steadily gained steam and, by the time he and Apatow worked together again in the 2007 comedy “Knocked Up,” the actor was famous enough to be playing himself in a cameo.

Franco is a talented actor and filmmaker who may well have found success regardless of his role on “Freaks and Geeks,” but it’s unlikely he would’ve found Seth Rogen. Since starring on Apatow’s show, the two have collaborated on a ton of other successful projects, including the Apatow-produced “Pineapple Express.” 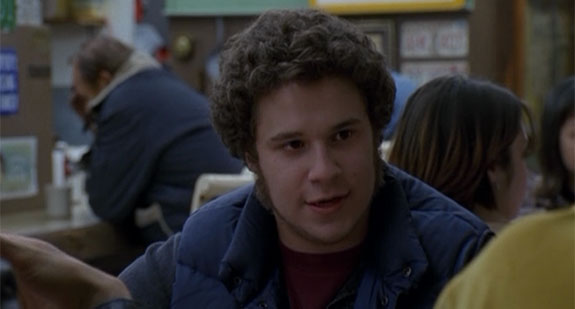 Before lusting after the totally tubular tuba player on “Freaks and Geeks,” Seth Rogen was a just your average 16-year-old amateur comedian trying to make a name for himself in Vancouver. Once he got the part on the NBC series, however, he dropped out of high school and moved his entire family to Hollywood. The network pulled the plug after just one season, but Apatow had seen something he liked and decided to hire Rogen again on his next show, “Undeclared.” The college comedy only lasted a few seasons, but by then Apatow was giving Rogen parts on the big screen. First he got a small role in “Anchorman,” then a more memorable part in “The 40-Year-Old Virgin,” and finally his biggest break yet when Apatow cast him opposite Katherine Heigl in “Knocked Up.” The film made more money than you can shake a stick at and suddenly Rogen was a superstar. But Apatow’s work with him wasn’t done. He helped the actor get his first scripts — “Superbad” — produced, too, but it took some time.

“We tried to get it made for years, but we couldn’t get anyone to make it,” Apatow told Howard. “So, Seth and [co-writer] Evan [Goldberg] kept improving the script.” 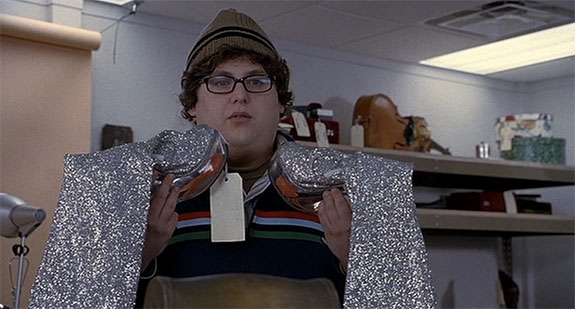 Before Jonah Hill fought crime on Jump Street, before he was nominated for two different Oscars, the actor played an adorably confused shoe-shopper in “The 40-Year-Old Virgin.” It was a tiny role, but also an epic one that perfectly foreshadowed the beautiful brand of random comedy he would eventually be known for. In 2007, Hill finally broke into the big leagues with a starring part in the ultra-successful high school comedy “Superbad.”

Though he never appeared on any of Apatow’s cult TV shows, Hill has made up for lost time, starring in more Apatow movies than just about anybody, including “Knocked Up,” “Get Him to the Greek,” “Forgetting Sarah Marshall,” “Walk Hard: The Dewey Cox Story” and “Funny People.” 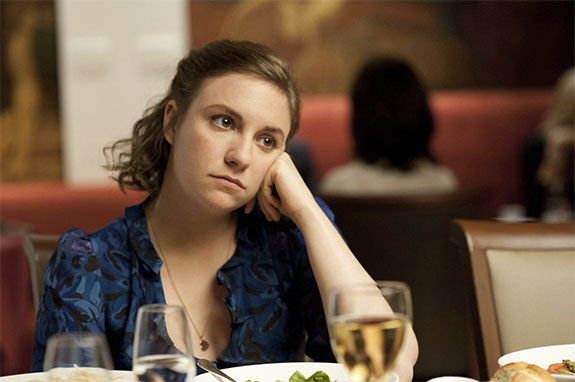 Lena Dunham caught Apatow’s eye after directing, writing, and starring in an indie film called “Tiny Furniture,” which debuted to critical praise in 2010 at South by Southwest. He was reportedly so impressed by her talents that he helped Dunham craft a hip, hilarious pilot for HBO – “Girls.” The show was an instant success and she went from being an obscure filmmaker to a household name in a matter of weeks. In addition to executive producing “Girls,” Apatow also recently cast her as Cat in “This Is 40.” 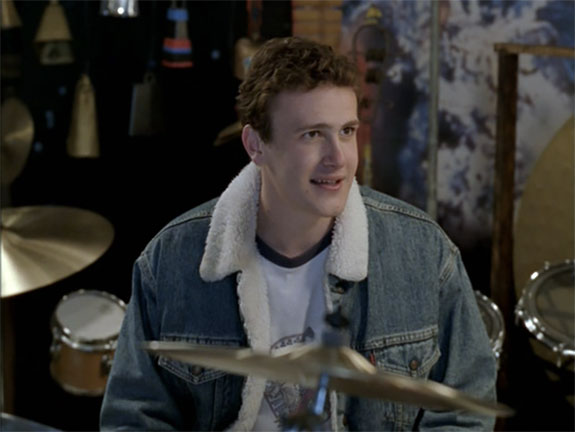 Jason Segel had small roles in “SLC Punk” and “Can’t Hardly Wait” before joining “Freaks and Geeks” as the drum-obsessed Nick Andopolis, but clearly this was his major break. After NBC cancelled the comedy-drama, Apatow brought him on to his next project, “Undeclared.” There he played Carla Gallo’s hilariously creepy older boyfriend. Segel soon found fame on CBS’s “How I Met Your Mother,” but it again took Apatow to kickstart the actor’s film career with a hilarious supporting role in “Knocked Up.” Soon he would earn leading man status, starring opposite Kristen Bell in the Apatow-produced comedy “Forgetting Sarah Marshall.” 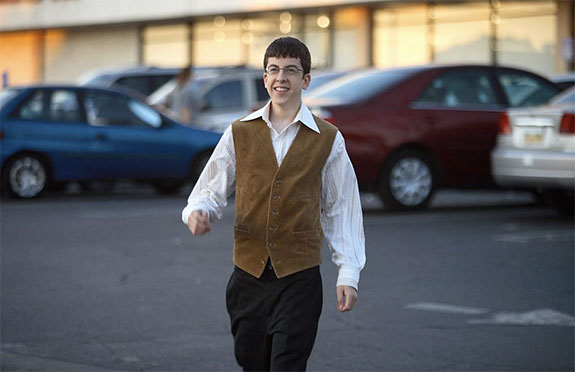 Apatow hasn’t collaborated with Christopher Mintz-Plasse as often as everyone else on this list, but he did produce the actor’s very first credit in “Superbad.” In case you forgot, Mintz-Plasse played a hilarious uber-nerd in the Seth Rogen-scripted comedy, whose crowning achievement is scoring a fake ID with the name McLovin. Credit to Mintz-Plasse for making the most of his opportunity, too. He easily could’ve gone down as “that guy who played McLovin,” but the actor has actually starred in quite a few good movies since, including both “Kick-Ass” films and “This Is the End.” 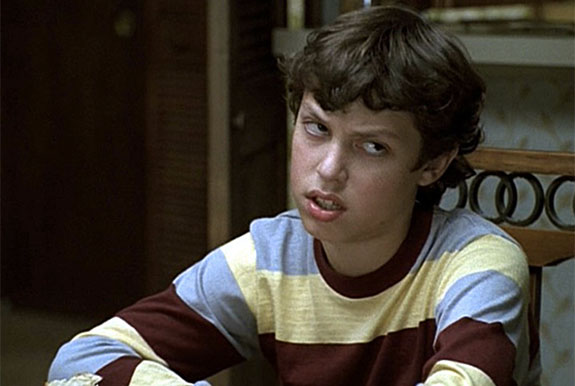 Fun fact: John Francis Daley was one of the only actors on “Freaks and Geeks” actually playing his age. While most were in their late teens or early 20s, Daley was just 14 when Apatow picked him to play Sam, the show’s main “geek.” After the series ended he continued to act, starring in “Waiting” and on multiple episodes of “Boston Public.” But eventually he found a bigger calling off camera. Daley grew to become a prolific comedy writer, penning the “Horrible Bosses” films. He also just directed the long-awaited National Lampoon “Vacation” sequel, which co-stars Apatow’s wife, Leslie Mann, and hits theaters on July 29. 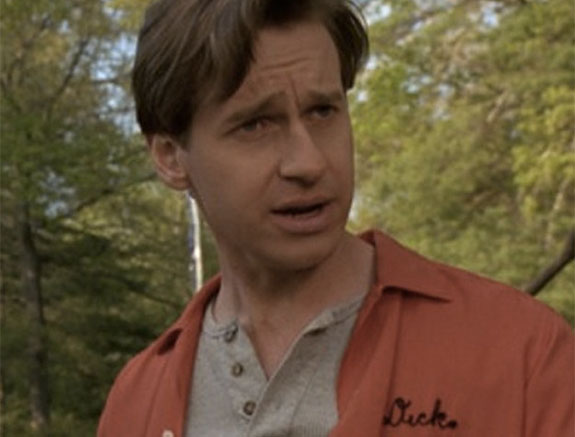 With a “Ghostbusters” reboot on the way and “Bridesmaids” in his rearview mirror, Paul Feig might wind up being one of the most successful comedy directors of the decade. But unbeknownst to many, he started off his career as an actor. As strange as it sounds, Feig’s most important role might be one very few remember — as a guidance counselor in the fat camp comedy “Heavyweights,” co-written and co-produced by Apatow. The two maintained a relationship after making the film and, a few years later, worked together to co-create a TV show based on Feig’s high school experiences. They called it “Freaks and Geeks” and the rest is history. Who even knows whether half the people on this list ever would’ve been given their break had Feig and Apatow not worked on “Heavyweights”? 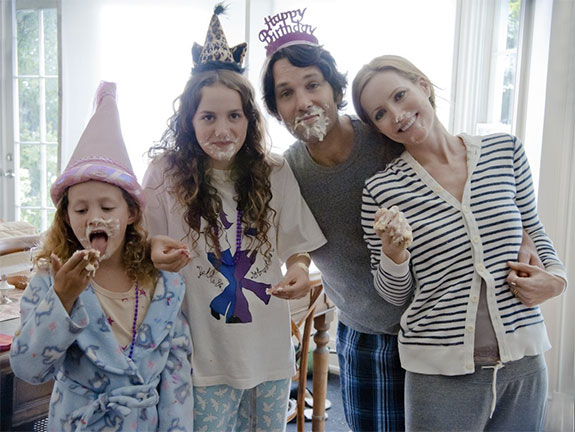 Last but certainly not least, we arrive at Apatow’s lovely family. Leslie Mann’s big break came opposite Jim Carrey in “The Cable Guy,” which her now-husband produced. She has since starred in more successful films than you can count. Likewise, their daughters Maude and Iris not only owe their lives to their dad (if you’re reading this, girls – don’t forget to send a Father’s Day card!), but also their burgeoning film careers. Both appear as Mann’s kids in “Knocked Up,” “This Is 40,” and “Funny People.” Maude, the eldest of the two, has also starred in four episodes of “Girls.”