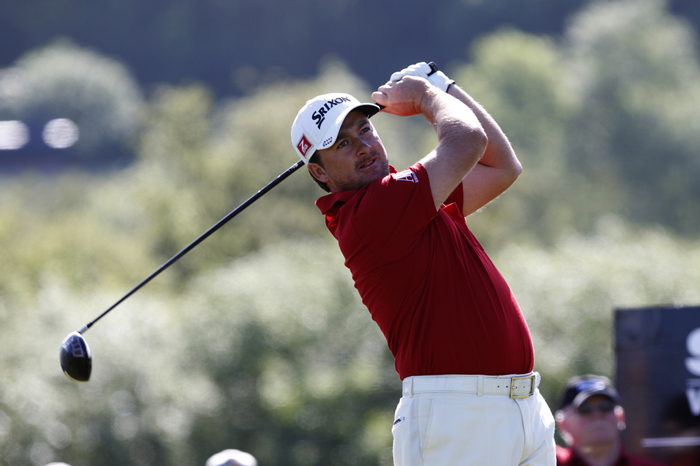 Professional golfer Graeme McDowell was none too happy after getting “Baba Booey”-ed on Friday during the second round of the PGA Championship.

Footage from the tournament shows the 37-year-old Northern Irish golfer teeing off on the fourth hole just before a spectator shouts “Baba Booey!” McDowell grimaces as he watches his ball land left of the pin, then he turns his head and clearly says “Baba fucking Booey”… on live TV.

A few hours later the golfer took to Twitter, apologizing for his language and offering up his thoughts on the “Baba Booey” phenomenon: 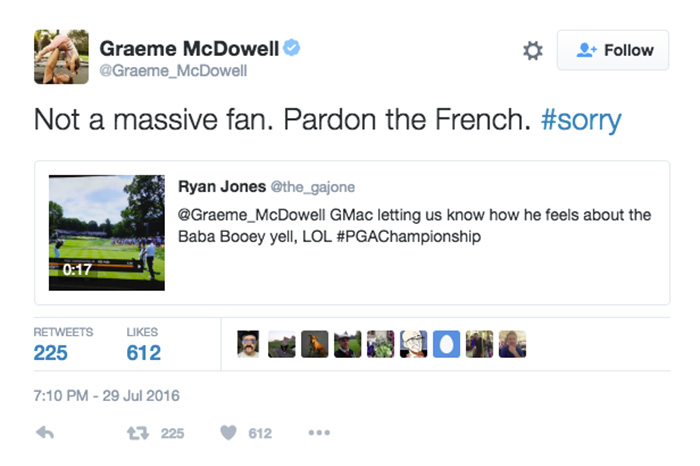 PGA Champion Jimmy Walker, on the other hand, didn’t seem all too bothered by a “Baba Booey” or two. Check out his answer when questioned about the phenomenon by TMZ (below).