The Rocker blasted Carl Sagan's "A Glorious Dawn" nearly 95,000 feet above the Earth's surface, but the modified phonograph never left the stratosphere 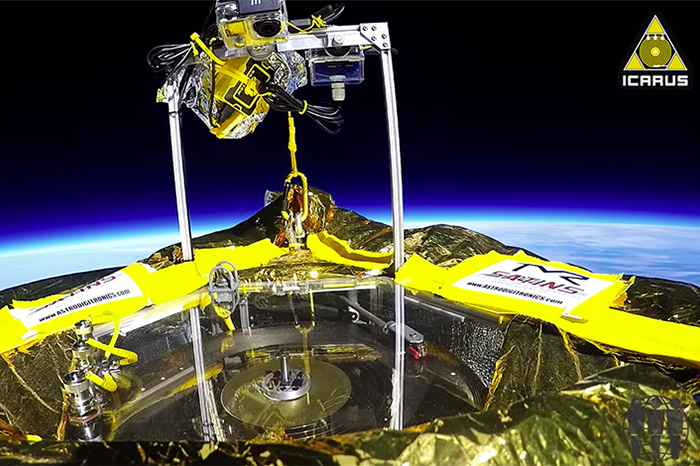 Rock star Jack White did something pretty cool when he and his record label launched a modified turntable into the ozone so that it could play Carl Sagan’s “A Glorious Dawn” at 94,413 feet.

But he didn’t drop the needle in space.

Slate helps set the record straight by explaining: “The National Aeronautics and Space Act, which created NASA in 1958, simply defines space as ‘outside Earth’s atmosphere.'” Which is to say, anywhere from 50 km to 600 km above sea level. The Sagan-inspired vinyl, meanwhile, started playing after the balloon it was attached to burst at around 29 km, well short of that range.

That said, what White and his record label accomplished was both technically and artistically impressive. “Our main goal was to inject imagination and inspiration into the daily discourse of music,” the rocker said in a press release.

Watch the video diary of the complete mission below (or skip ahead to the 1:21:20 mark to see the pinnacle of the Icarus Craft’s ascent):