NFL Coach Cuts Player for Sneaking a Woman Into His Room 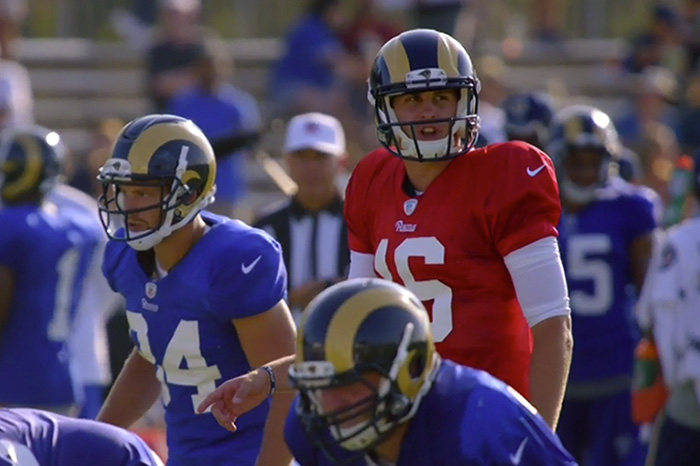 A new season of HBO’s “Hard Knocks” has started off with a literal bang.

“I’m going to release you,” Fisher told Long. “Sorry, but this is our world, man. We have rules, you know, and we have to abide by them. I thought I made myself really clear.”

The 25-year-old player’s dismissal actually occurred in late July, but every team cuts players during training camp, so the move didn’t make headlines until the episode aired on HBO.

This season of “Hard Knocks” follows the Rams, which relocated from St. Louis to Los Angeles during the offseason. Despite the move, it doesn’t look like Coach Fisher plans to put up with any Hollywood-style drama.