Japanese Olympic pole vaulter Hiroki Ogita undoubtedly had big dreams for the Rio games, but on Saturday his aspirations petered out:

Ogita’s failed feat, captured forever in animated GIF form by a Redditor, was a very unfortunate sequence of events indeed. First, Ogita’s leg touched the bar, thus automatically disqualifying him from advancing past the qualifying round. Next, it would appear, Ogita’s member added an exclamation point to the proceedings by flopping into the bar during his descent.

Ogita’s face at the moment of impact said it all: 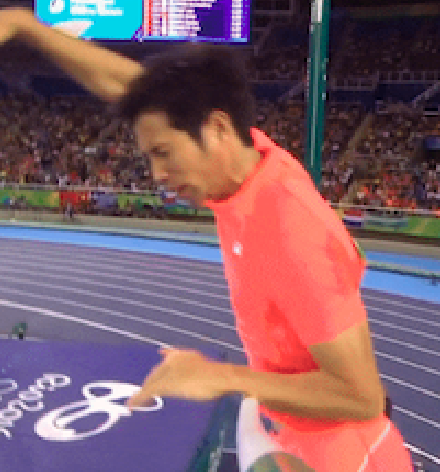 Fortunately, Ogita can learn from this experience as he and his penis train for 2020. Watch the full video here (see Ogita’s flop at the 59-minute mark).