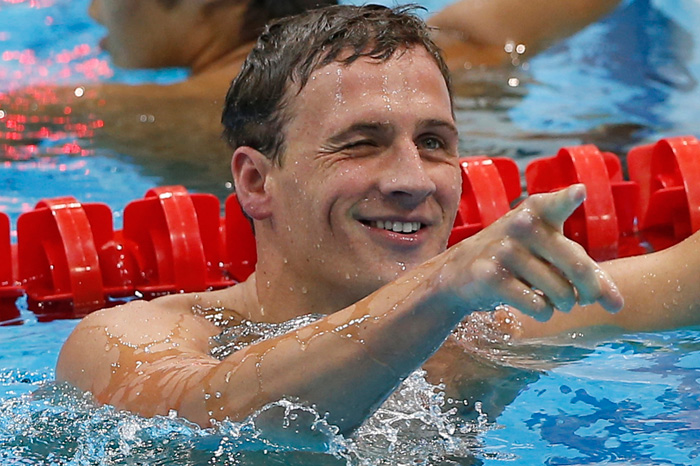 A few days ago, Ryan Lochte’s biggest problem was the Canadian broadcaster who confused him with fellow U.S. Olympian Michael Phelps. Since then, however, the 32-year-old bleached-blonde swimmer has found himself on the business end of a Brazilian barbecue.

It started Sunday when reports emerged that Lochte and other swimmers had alledgedly been held up at gunpoint. Lochte later told NBC that multiple individuals dressed as police officers had pulled over his taxi, put a gun to their heads, and robbed them of their wallets.

The media back home has given a name to the ongoing international incident: #LochteGate.

Hollywood’s biggest celebrities, including several friends of the Stern Show, are having a field day with #LochteGate.”

Here are a smattering of their social media reactions:

Another kind of doping at the Olympics. https://t.co/jGsKqsTlHY

When Lochte went to his barber he asked for the “Untrustworthy.”

Ryan Lochte’s lie was just given a 6.3

Well, I guess that’s one way to get people to stop talking about your hideously dyed hair. #Lochte

I don’t know what’s going on with Ryan Lochte but my wife had been saying his name in her sleep for years so I hope he burns.

Overheard: “So if you want to rob Ryan Lochte, now would be the time.”

Ryan Lochte has since apologized for his actions. Click here for more on that.