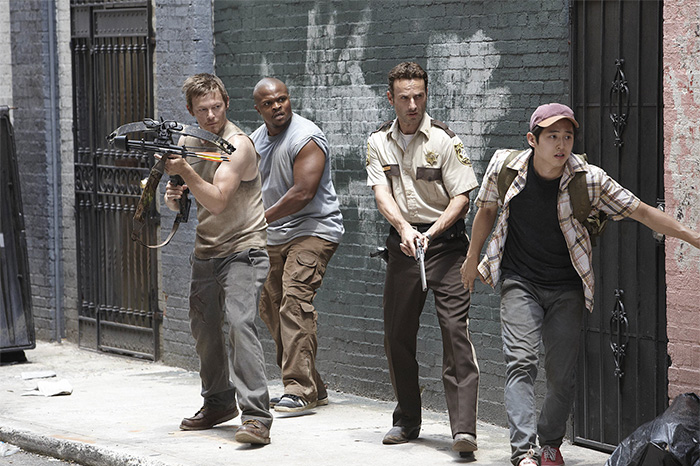 Television producer Gale Anne Hurd spoke with Variety recently to preview Season 7 of her gritty, serialized zombie series “The Walking Dead.” In between teasing Negan’s masterplan, however, she dropped a stunning bomb about the origins of TV’s highest rated show:

When series creator Frank Darabont pitched the idea to NBC, the network asked him to make it a zombie procedural.

Here’s the story as Hurd remembers it: When Darabont — famous for adapting “The Shawshank Redemption” and “The Green Mile” — presented the script he had adapted from Robert Kirkman’s “Walking Dead” comic, NBC had several notes. First, they first wondered if the show really needed zombies. After finally acquiescing that point, they suggested Darabont transform it into a zombie procedural focusing on two leads who “solve a zombie crime of the week.”

Click here for the rest of Hurd’s interview with Variety.